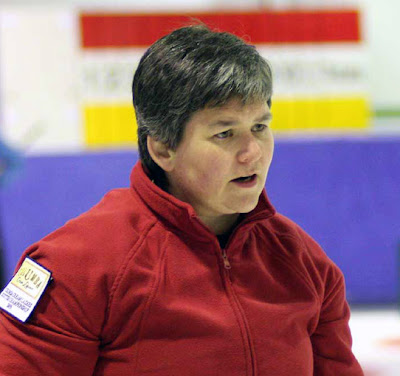 It was more than three years ago when Derek Brown, the Royal Club's National Coach and British Curling's Performance Director at the time, declared to the world's media that the skip of the Scottish team had refused to play for her country at the World Women's Curling Championship in Vernon, British Columbia.

Gail has always denied that 'she refused to play for her country', and that matter has remained unresolved although much has happened in the interim. However, in April this year, Gail brought her case to the Court of Session where it was heard by Lord Doherty. In the action Gail sued Derek for defamation. She maintained that what the defender said at the press conference was false and defamatory. Derek response was that what he said was true.

You can read the judge's decision in its entirety online here. I encourage you to do so, even though it does not make for comfortable reading if you are a lover of the sport. What is important is that Lord Doherty found in Gail's favour, and awarded her damages of £21,950.

Many will say that the curling world has moved on since the events in Vernon. Certainly, what happened then brought into sharp focus the difficulties that can arise when team members, coaches and support staff are not completely a 'team' - a situation that can easily arise when an unsupported side wins the right to represent our country, and Olympic points are at stake. If you have read Michael Nicholson's official report (see my comments from March 2009 here and here), and indeed the full text of Lord Doherty's decision from today, you will realise that sport at the top level presents many difficulties and complications, other than what happens out on the ice. I can only hope that those in charge of our sport will have learned lessons for the future.

It has been a long and costly road for Gail to clear her name and reputation. She will be relieved by today's decision.

Top photo of Gail Munro is © Skip Cottage
Posted by Bob Cowan at 13:29