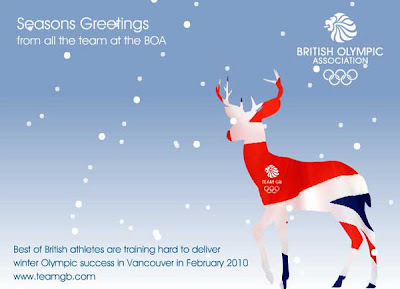 I rather like the concept of Rudolph wearing a GB top, as appears in the British Olympic Association's animated Christmas card, see here! A skier and a skater feature in the animation. Maybe a curler next year?

The men's and women's curling teams that will represent Great Britain at the Winter Olympic Games in Vancouver in February 2010 will be formally named today by the British Olympic Association at a meeting to be held at the Sofitel London Heathrow.

I would be very surprised if there are any changes in the personnel we are now familiar with, and who represented Scotland at the Le Gruyere European Curling Championships last week in Aberdeen. The GB squads' photos are here.

So why have I posted pics of a couple of Swiss curlers, below? 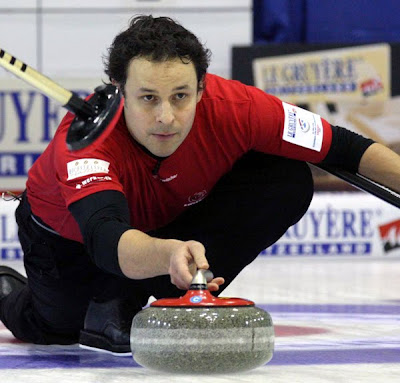 Ralph Stockli plays last stones for the Swiss men's team. The word on the street is that this team were told that they would only be confirmed for Vancouver if they finished on the podium at Aberdeen at the Le Gruyere European Championships. The Markus Eggler foursome took home silver medals after a close final.

I guess that answered their critics! 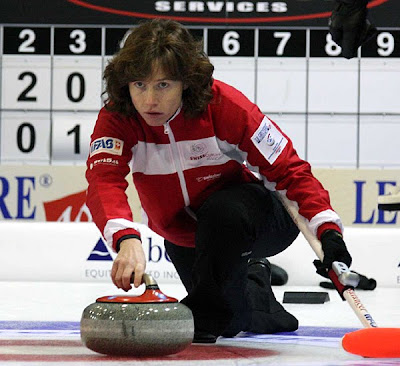 Mirjam Ott's team too, finished in the top two in Europe.

I don't know much about the politics of Swiss curling. But if what I've written above is true - and I find it hard to believe - I can only say that this seems a despicable way to treat the country's top curling athletes. What would have happened I wonder if the teams had come fourth, or sixth? Would they have been told that their Olympic dreams were over? I always thought the Swiss were reasonable people. Perhaps someone will reassure me that they are!
Posted by Bob Cowan at 06:40