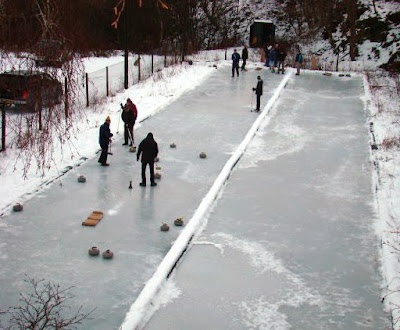 Here's a sight to gladden the eye. Mark Buchan, Secretary of the Haddo House Curling Club, has been in touch to say that fifteen hardy souls turned out on Sunday for a few ends on the Haddo pond just outside Methlick. 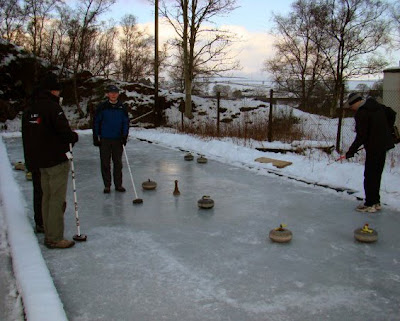 A couple of inches of ice on their artificial pond had frozen pretty well, although only one rink was used, the other having been affected by melted snow which had refrozen. 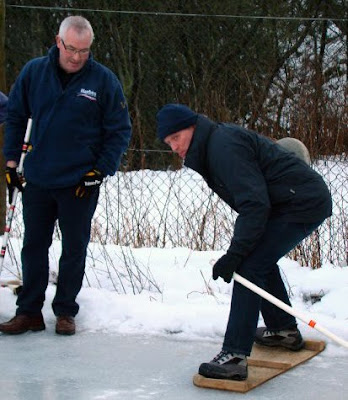 The 'no backswing' delivery is rarely appropriate on outside ice!

With freezing temperatures set to continue in the north of the country, hopefully there will be more curling to come outside.

Thanks to Mark for permission to use the photos above. There are more in his Facebook album here.

Ballater CC has also been outside, as I read here.

And today Gill Smith has been in touch to say that Strathendrick CC members have been curling on the Drumore Pond at Killearn. Pictures, or links, as I receive them!
Posted by Bob Cowan at 10:32