Lucy to be auctioned 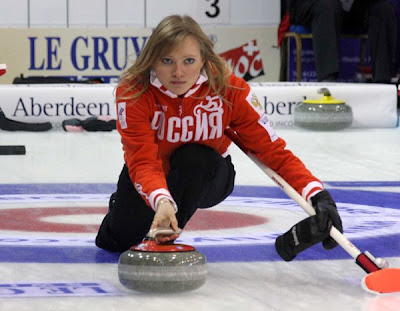 Liudmila Privivkova will bring her Olympic team to the Glynhill Ladies' International in January. The team will stay on in Scotland for a few days before flying out to Canada for the Olympic competition. Would you like to meet the team, and curl against them? How much is that worth?

The Russians might appear to some to be somewhat reserved, but that belies quite a sense of humour! The team has agreed to play two fun four-end matches against local curlers, as a fundraiser to assist in organising future versions of the Glynhill!

It really is a once in a lifetime opportunity! Could you, or your club, put out a team? A silent auction will decide the lucky two clubs or teams. Starting bids of £100 per team will be accepted, but I am sure that this opportunity is worth a lot more than that. Your bid and contact details have to go to Judith Mcfarlane, co-chairman of the Glynhill event, by 12.00pm on Sunday, January 17, 2010.

The auction winners will be announced at the prize giving of the Glynhill Ladies International. The details are here.

The fun games have been scheduled for Friday, January 22, 2010, at 6pm at the Braehead curling rink. Champagne and canapés can be enjoyed afterwards!

So there you are. "Lucy for auction" is not a headline I ever thought I would write!

Lucy's fan club will undoubtedly be there to support the girls. Cheerleaders are being auditioned! The 'official photographer' will be on hand too to record the teams' pictures. Russian language lessons are being booked! 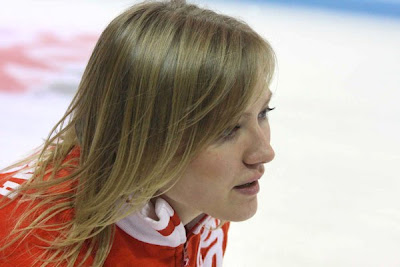 Pics of Liudmila are by Bob. More of the team to come over the next few weeks!
Posted by Bob Cowan at 17:53