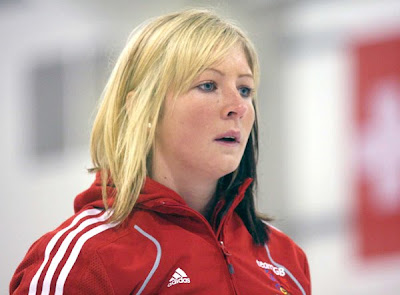 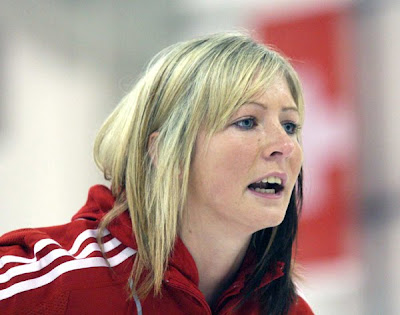 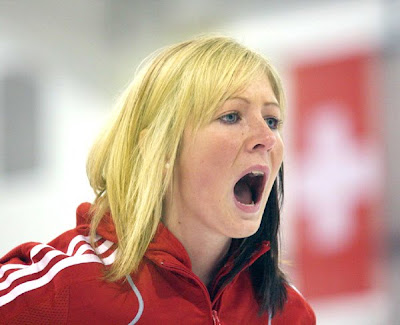 I enjoyed the opportunity of watching David Murdoch's Team GB at the Edinburgh International last weekend. Eve Muirhead (above) was in action last weekend in Wetzikon, and came home with the money too. Both teams don their Scottish uniforms to compete for the country at the Le Gruyere European Curling Championships which get underway in Aberdeen's Linx Arena on Saturday morning.

I'm blogging from Aberdeen and I'm looking forward to being involved. The Euros are the largest championship event on the curling calendar with 51 teams from 30 different European countries taking part.

The Championships will be staged at the Linx Ice Arena, which will hold the men’s and women’s A teams, with the B divisions at Curl Aberdeen. Aberdeen City Council has invested over £1m in refurbishing the Linx Arena, including the installation of a new refrigeration plant. David Murdoch will be defending the European title that he has won in the last two years. Norway’s Thomas Ulsrud, losing finalist in the last two European championships, is back to try again.

As well as representing their countries in the European Championships, both of these teams are bound for Vancouver and the Olympic Winter Games in February (where the Scots will compete as Great Britain), as are the men’s teams from Denmark, France, Germany, Sweden and Switzerland. The men’s A division is completed by the Czech Republic, Finland and Italy.

Six of the women’s A division teams are also heading to Vancouver, including Eve Muirhead's side of course, and defending European champion Mirjam Ott from Switzerland and reigning Olympic champion Anette Norberg from Sweden. Denmark, Germany and Russia also have their Olympic teams at Aberdeen. The women’s A division also includes England, Finland, Italy and Norway.

A further twenty men’s teams are involved in the B division, which has been divided into two further sections. One of these includes Bulgaria, England, Estonia, Greece, Lithuania, the Netherlands, Poland, Russia, Serbia and Spain. The other involves teams from Austria, Belarus, Belgium, Croatia, Hungary, Iceland, Ireland, Latvia, Slovakia and Wales.

The women’s B teams are also in two groups, one of six teams (Croatia, Latvia, the Netherlands, Poland, Slovakia and Wales), and the other of five (Austria, the Czech Republic, Estonia, Hungary and Spain).

Teams in the B divisions at Curl Aberdeen are looking for promotion to next year’s A division, with the top two B finishers swapping places for next year’s championships with the last two A finishers. The overall B winners in both men’s and women’s events will play a best-of-three World Challenge event against the last qualifiers from the A group. But all the B teams will be looking to stay high enough to avoid relegation to a C Division and needing to qualify for next year's European Championships. Aberdeen will be the last of the big events, where all the European teams compete at one venue.

My take on it all will be on the event blog here.

There are other curling events on this weekend elsewhere. The qualifying competition for the Bruadar Scottish Men's Championship is at the Galleon rink in Kilmarnock, December 4-6. A recent RCCC Events committee changed the published guidelines for what is happening in this, rather unusual, year, because of the Olympics. Now the top two teams will progress from each of the three five-team sections, to the the Scottish Qualifiers which will now consist of nineteen teams. One section of ten teams will have five qualifying to the finals, and one section of nine teams will have with four teams qualifying - this is the section David Murdoch would have been in. The Scottish Qualifiers are held over two weekends - December 18-20, and January 15-17. The first part of the Bruadar Finals are January 27-31. The knockout stages are March 5-7.

I hope I've got all these dates correct. I did say it was an 'interesting' year!

Of course, Scottish teams need to finish high enough up in the standings at Aberdeen for us to have a place at the World Championships.The European Championships double as the European qualifying event for the World Curling Championships. This year, the top seven men’s teams from this event, as well as hosts Italy, will take part in the championships in Cortina d’Ampezzo in April, while the top-finishing eight women’s teams will go on to Swift Current in Canada.
The Stranraer Ice Rink is the venue for the finals of the RCCC Double Rink Championship, December 4-6. I'm not usually biased of course, but I have to support my own club, Reform CC, this weekend!

The Under 17 Slam concludes this weekend with the U-17 event at the Lanarkshire Ice Rink, December 5-6.

And our wheelchair curlers are in Lausanne!

The Royal Club website is your first port of call for the results. 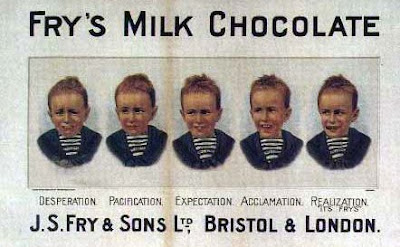 Those of a certain age will remember the captions I've used for Eve's pics. Fry's Five Boys chocolate bar was introduced in 1902, priced 6d and was still being sold in 1971 for 7d, according to here. Hopefully 'Desperation' or even, 'Pacification', will not be needed in Aberdeen next week!