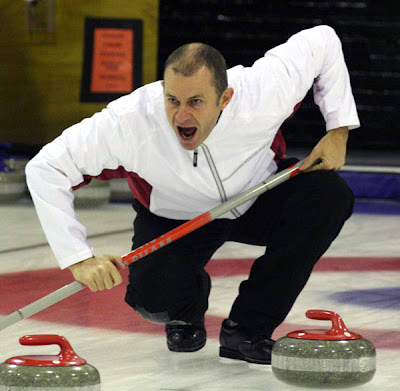 The next step in this year's convoluted series of competitions to find our Bruadar Scottish Men's Champions begins tomorrow at the Dewar's Centre, Perth. Let's work it back the way. The Page knockout stages of the Scottish Championship will be held on the weekend of March 5-7, the winners heading for the Capital One World Men's Championship in Cortina D'Ampezzo, April 3-11.

The round robin stages of the Bruadar Finals, involving ten teams, will be held January 27-31. Team Murdoch has a bye to this stage.

Back to today. Eighteen teams are still in contention, after the preliminaries. There should have been nineteen but the Alan Manuel team, which earned its place through the Mini Tour, has withdrawn. Two sections of nine teams will be played, with the top four teams in each qualifying for the Bruadar Scottish Finals. The fifth placed teams in each section will play-off, with the winner also qualifying for the Scottish Finals round robin stages. These teams will join David Murdoch, making up the final ten.

These teams will play four or five games this weekend and the remaining round robin games and tiebreakers, in this preliminary stage of the event will be contested January 15-17.

Four junior teams came through the prequalifiers undefeated. It will be interesting to see how Glen Muirhead, Graeme Black, Jay McWilliam and Colin Dick fare this weekend.

The draw is here, and the results will be here. 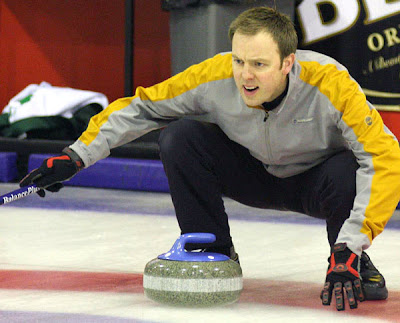 At the risk of 'Skip Cottage Kiss of Death' syndrome, I would expect that the teams skipped by Pete Loudon (top) and Tom Brewster (above) will both make it through the qualifiers. Who else, I wonder?

The Lockerbie rink will be my destination this weekend for the junior competition which gets underway there at 4pm tomorrow. Or maybe we'll all get snowed in!

Today's official BOA announcement of the GB teams, with all the quotes from David, Eve and Chris Hildrey, can be found here.
Posted by Bob Cowan at 14:32