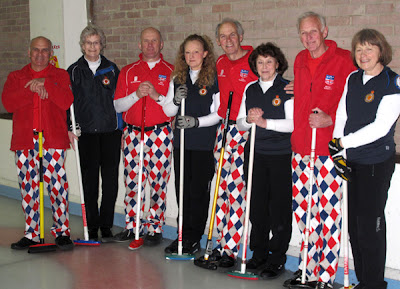 The World Senior Curling Championships are just over a week away, April 14-21, at the Taarnby Curling Club in Copenhagen. Yesterday, Scotland's women were on the ice at the Lanarkshire Ice Rink in a practice session against the English men. I have filed this photo, courtesy of Phil Barton, in the category of 'things you don't see every day'! Great to see the English men adopting a colourful approach to the sport with their Loudmouth trousers!

Whereas it will be an international debut for the Scottish women, Michael and his team are hoping at least to match last year's performance in St Paul, when they finished in eighth place, just one place behind Ken Horton's Scots. 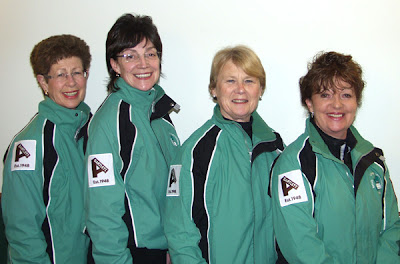 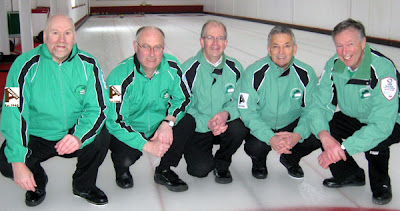