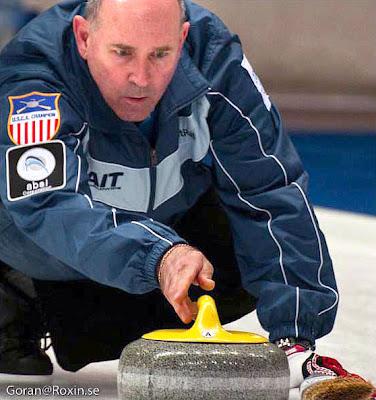 Hugh Millikin's Australians won that country's first ever medal in world championship curling, by beating Switzerland in an extra end 4-3 in the 3rd-4th playoff.

Ingrid Meldahl's Swedish side beat the USA 6-5 to win bronze.

In the World Mixed Doubles Championship, Russia (Yana Nekrasova and Petr Dron) beat New Zealand after an extra end. China beat Spain for the bronze. The linescores are here.

The top photo of Paul Pustovar is by Goran Roxin. Take time to look at all Goran's photos. The links to his galleries are here. They certainly give a flavour of the events in Chelyabinsk.