U17 finals at Perth 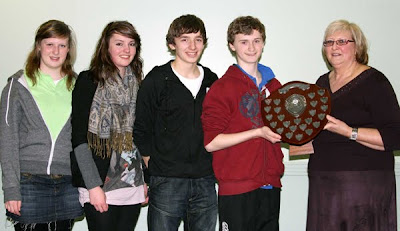 Here is Sue Fitzsimons presenting the trophy, named after her husband Danny, former manager of the Dewar's Centre, to the Bruce Mouat team, the winners of the U-17 event at Perth today. L-R: Elspeth Lean, Rowena Kerr, Derrick Sloan and Bruce Mouat.

The linescore is here. Bruce and his team were two up, without, playing the last. Duncan Menzies buried his first round a longish guard, but Bruce was up for the challenge, playing a delicate hit past the guard to secure the game. 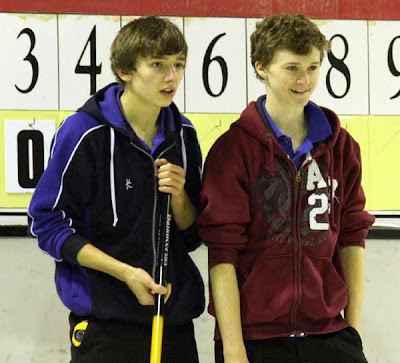 Here's Derrick and Bruce in the final against the Duncan Menzies team. 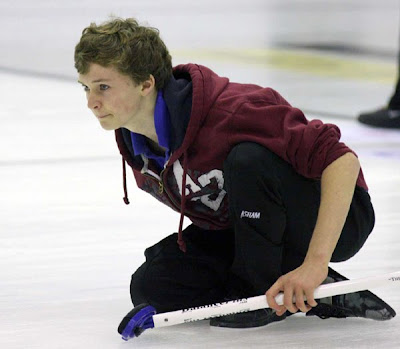 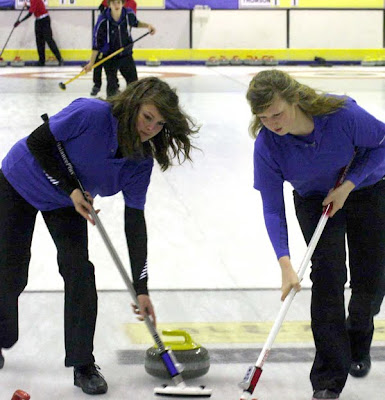 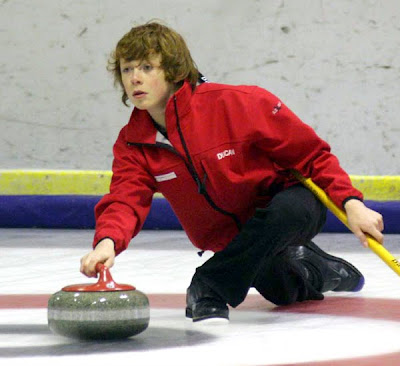 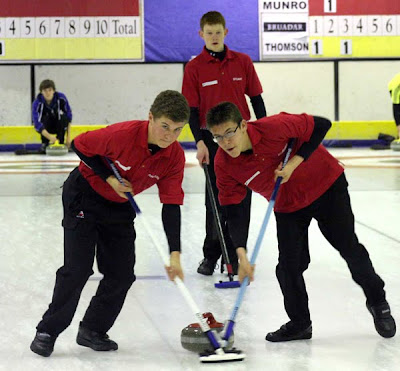 And his team. Angus Dowell and Robert Fawns work on a Stuart Taylor stone. 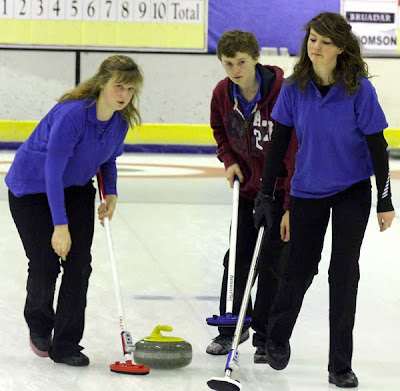 And today's caption pic. Rowena is saying, "No, I'm withdrawing my labour, I'm not going to sweep another stone for you!"

I should make mention of the Low Road final. 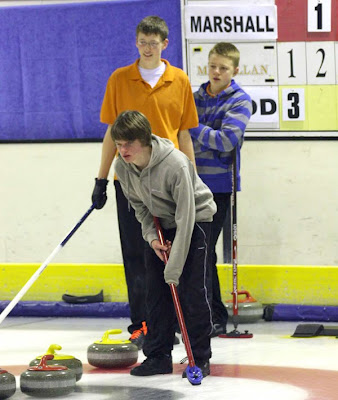 Richard Wood is in the head here with Stuart Marshall and James Carswell. 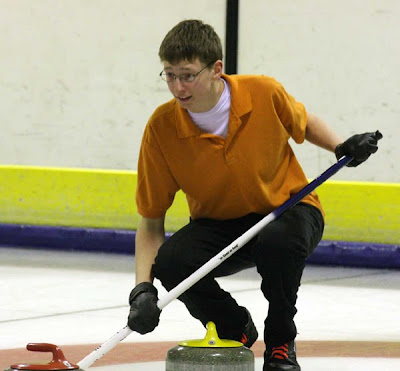 Stuart looked to have the game sewn up, but gave up three in the eighth to send it into overtime. 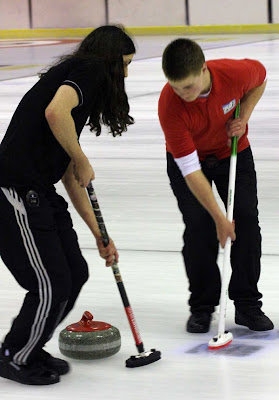 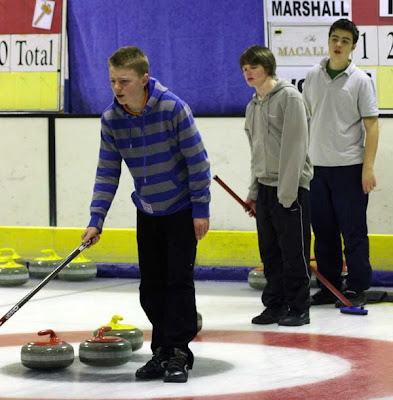 James, with Richard and Neil Anderson behind. 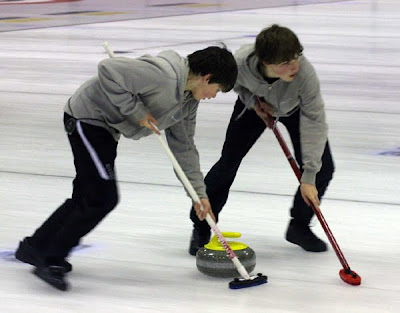 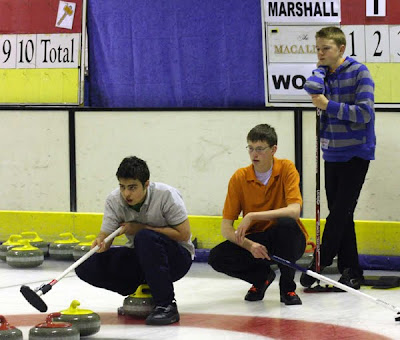 Stuart and his team won it in the extra! Linescore here.

A great couple of days. Full marks to Claire Milne, the local ACDO, who organised it all.