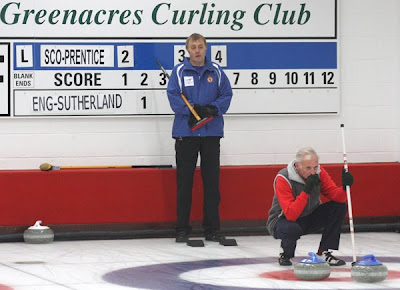 I much enjoy following the Team McWilliam blog, see here. The irreverence of the young always brings a smile to my face. They are on their way to Canada, and have sent an open letter to Keith Prentice, their regular coach, gently berating him for choosing to play in the 'Coffin Dodger Championship' rather than accompanying them to Canada! Anyway, that's Keith at the back of the head at Greenacres yesterday, playing against Michael Sutherland's English side in the European Seniors Invitation Curling Championship, to give the event its correct name. Keith and his team of Lockhart Steele, Robin Aitken and Tommy Fleming, the current Scottish Senior Champions, have won one and drawn one so far. The results can all be found here. 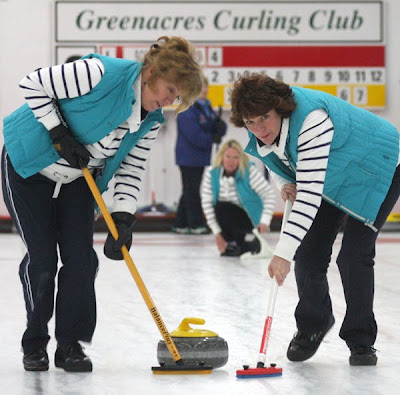 Turquoise is a lovely colour, especially on the Alison Reekie team, don't you agree? 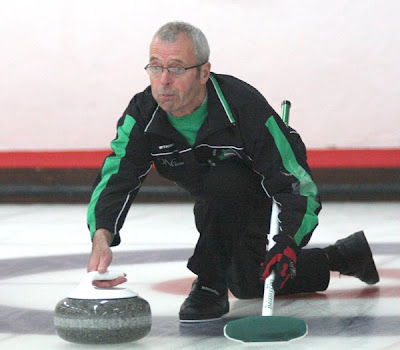 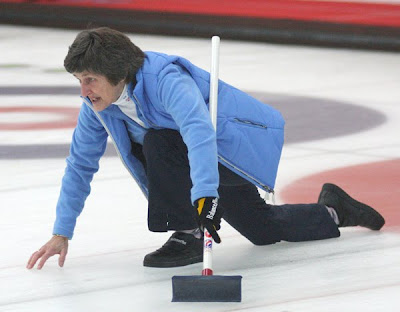 It wouldn't be a Seniors competition without Kirsty Letton and her team. 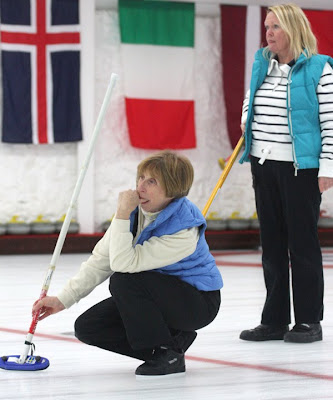 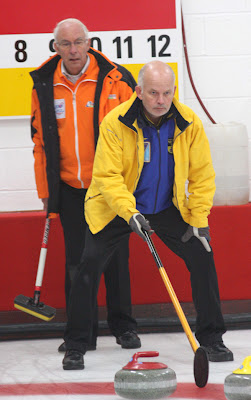 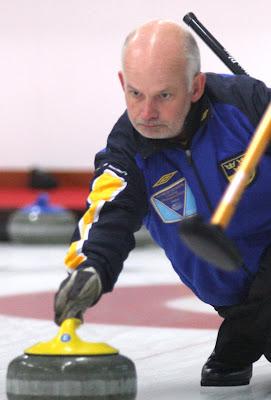 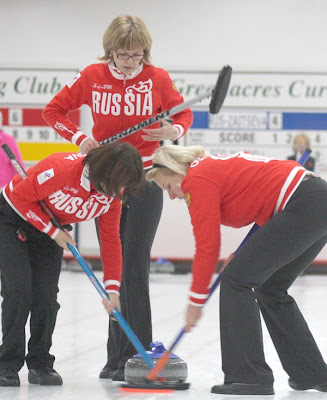 A warm welcome to the Russian senior women's team. Tatiana Zaitseva is in the head, as third player Nadezda Zyablova follows her stone which is being swept by Larisa Pismenova and Lyubov Ozerova.

A Russian senior men's team was due to take part but had to call off because of a family illness. 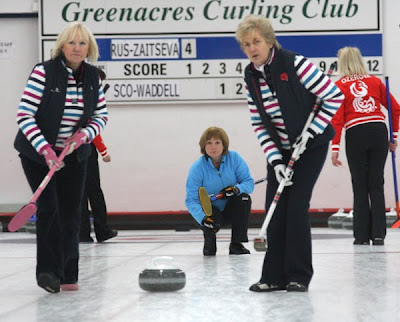 Marion Craig was substituting for the Scottish Senior champions in their game against the Russians yesterday. Here Lynne Stevenson and Elma McCulloch watch her stone. 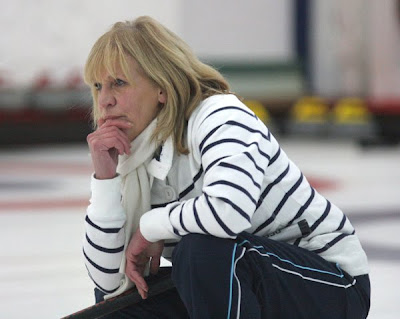 "Penny for them!" Alison Reekie 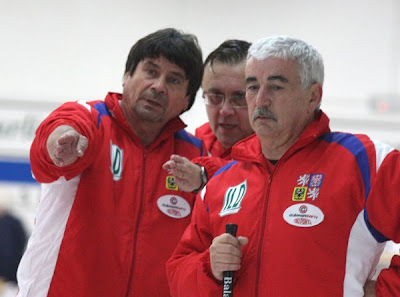 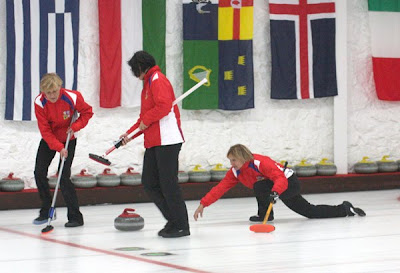 And the Czech women are here too. 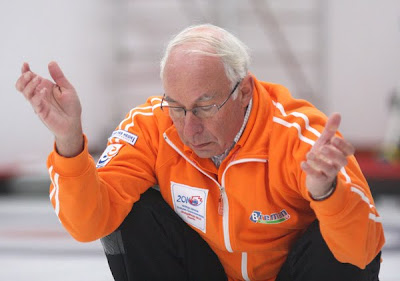