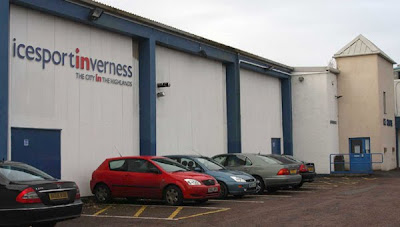 Here we are, outside the Inverness Ice Centre earlier today. Let's go in and see some of those playing in the ROK 28th Highland Junior International, the second event in the European Junior Curling Tour 2009. 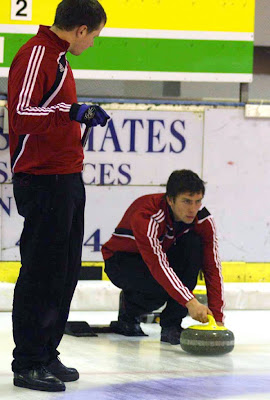 Glen Muirhead's team was there. I rather liked these Adidas tops. 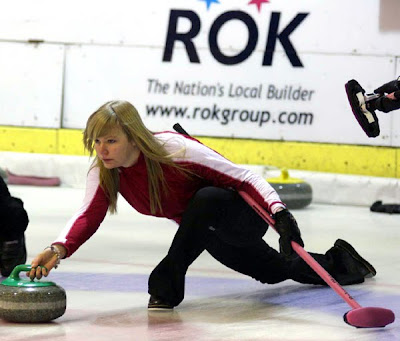 Hannah Fleming skipped the only junior women's team from Scotland which took part in the first European Junior Tour event in Oslo. 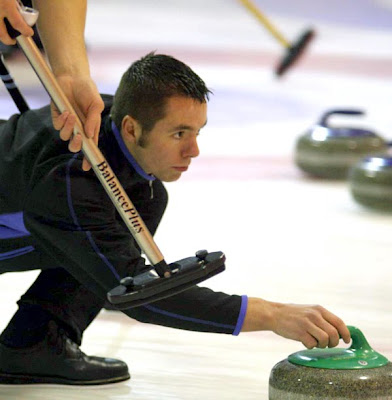 Ally Fraser and his team have had a good day today, winning both games. All the results are here. 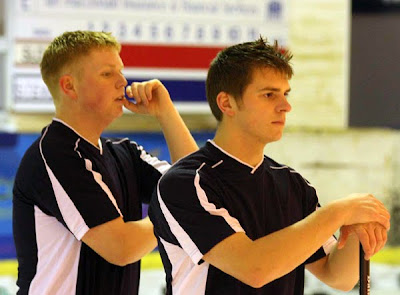 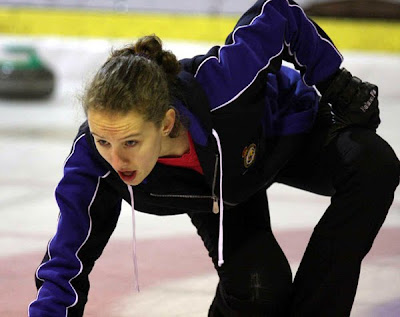 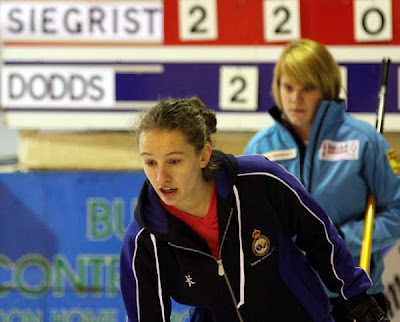 A rather more flattering pic of Jennifer, who scored a good win over Switzerland's Manuela Siegrist in her morning game. 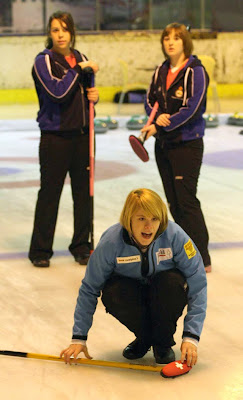 Here's Manuela, with Mhairi Anderson and Kirsten McNay watching behind. 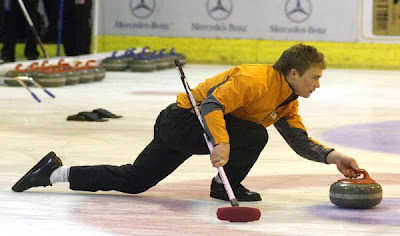 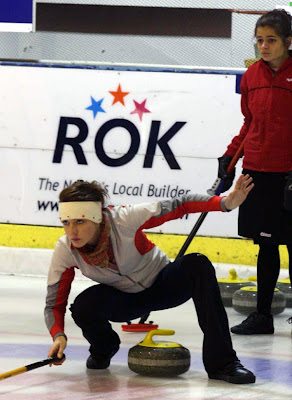 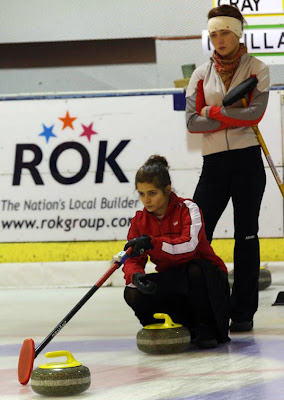 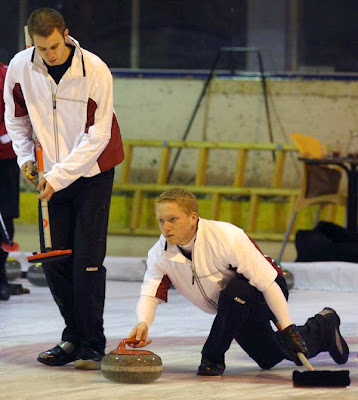 Bad day at the office for the Colin Dick team, with two losses. (Thomas Pendreigh and Colin Dick) 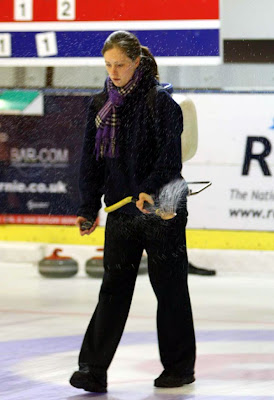 Amanda, who is probably more comfortable with her skates on (she's an ice dance champ), has been one of the ice technicians at Inverness since the beginning of the season. 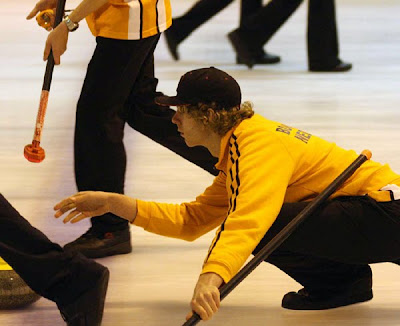 Diederick Bontenbal and the Netherlands team are here. 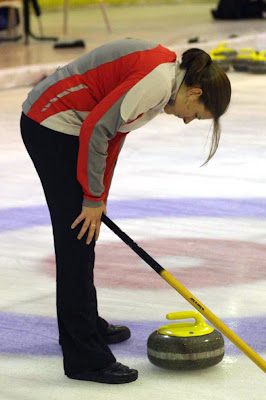 "I spy, with my little eye, something beginning with 'S'!" (Claire MacDonald) 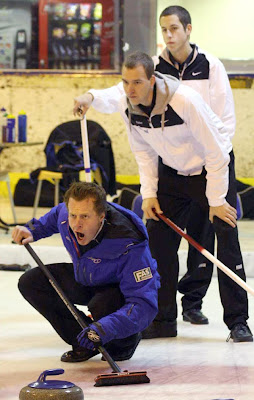 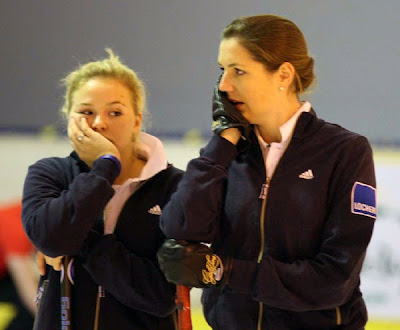 "Is there a dentist in the house?" (Team Dunki) 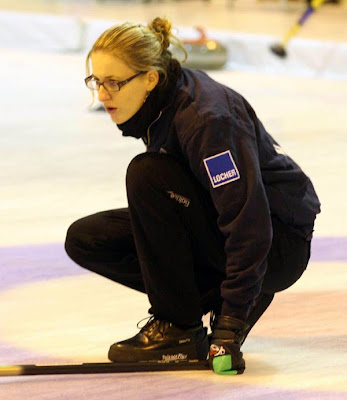 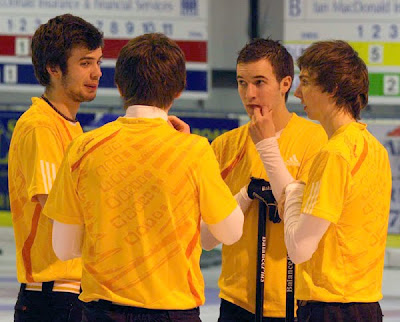 Another of the 'Let me tell you a story' pics. Team McWilliam, with Struan Wood reciting the first stanza! 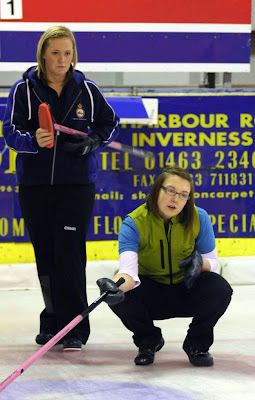 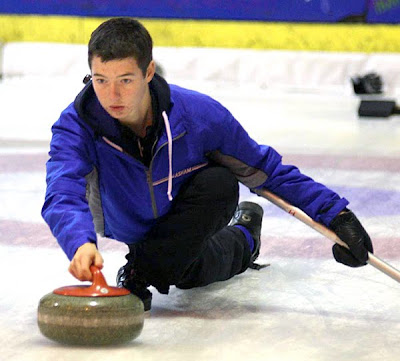 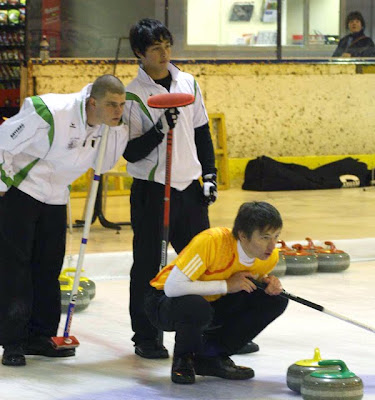 Jay and his team lost a tight one against Switzerland's David Bartschiger. 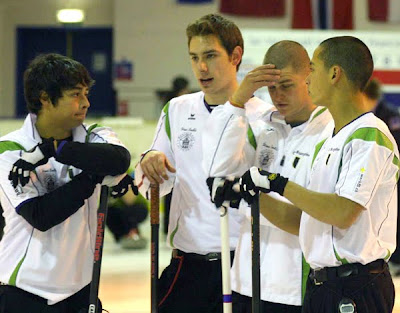 And here's that Swiss team 'in conference'! 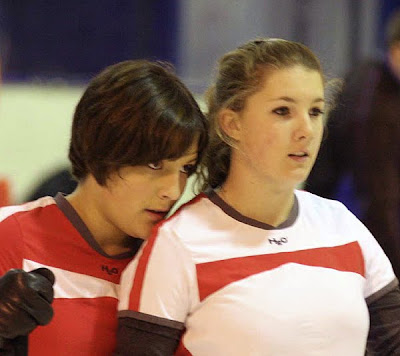 Results and standing are here.