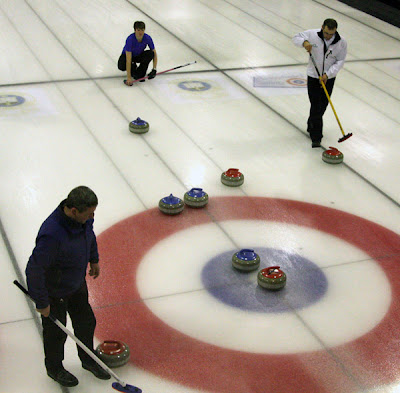 The final of the Scottish Mixed Doubles Championship at Murrayfield today matched Lee McCleary and Judith McFarlane against Adrian White and Jill Donald.

All the results are here. 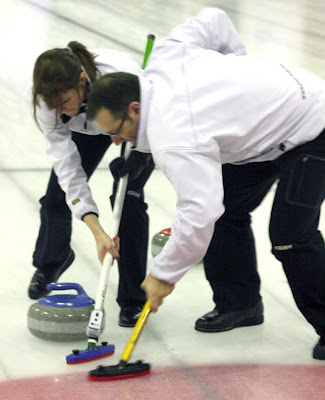 Judith and Lee had lost two games early in the competition, so every game was a final for them! In the championship game, they were well behind, but the sixth end, when they took a five, turned the game in their favour. The pair had lost the final last year, so this year's success was all the sweeter. 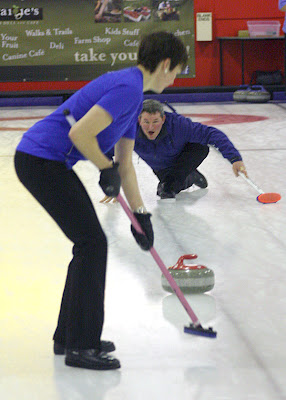 Jill and Adrian have played in every Scottish Mixed Doubles Championship since the event started. It was so nearly fifth time lucky for them. They deposed the holders, Paul Stevenson and Louise Soutar, in the semis. But then there was that sixth end. They were four up in the game. Lee and Judith lay three, clustered around the button. Adrian went for the big hit, got the angles wrong, and when the stones stopped moving, Lee had a simple takeout to count five, and he made no mistake with that. 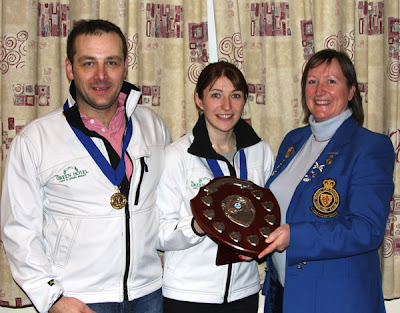 The winning team have the opportunity now to represent Scotland at the World Mixed Doubles Championship in Erzurum, Turkey, April 23-29, 2012.