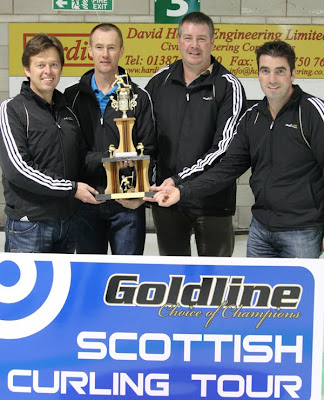 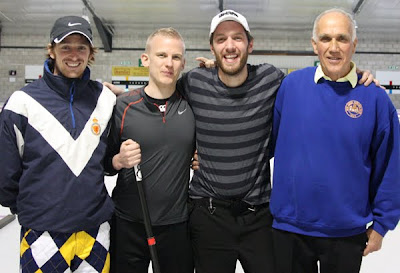 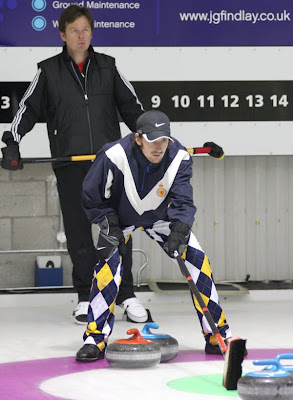 Skips in the final. 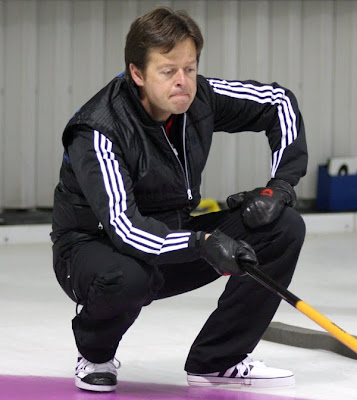 Frazer Hare has a look of concentration on his face... or you might suggest otherwise! 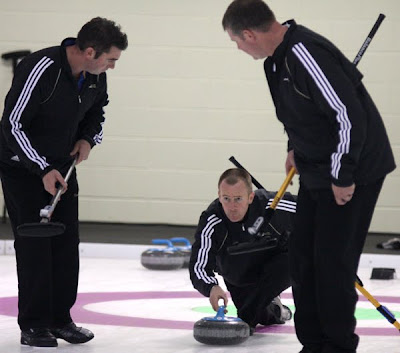 And here's the rest of the team. Robbie Dick is delivering, with Don Frame and Jamie Strawhorn at the ready. 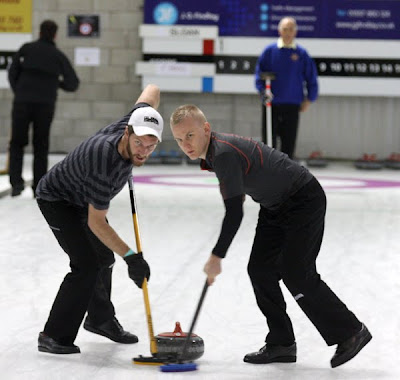 The game was close in the early ends. Team Hare counted three in the fourth to go 4-2 ahead, then stole two more in the fifth. The game was over early! 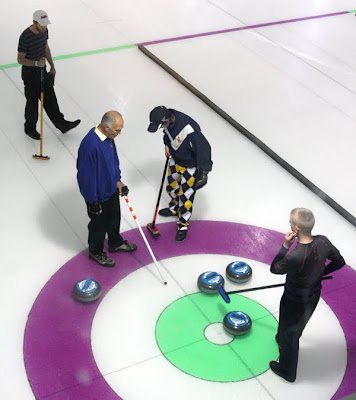 View from the gallery as the Sloan team ponder how to get their final red stone into shot position! 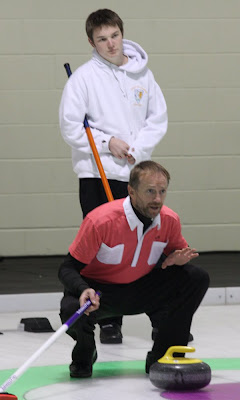 The Consolation event was contested by the teams skipped by Graham Shedden and Ruaraidh Whyte. Scottish Curling Tour points went to all the teams who qualified for the quarterfinals: Sloan, Shedden, McCleary, Dyer, Hare, Whyte, Fleming and Wilson. The losing quarterfinalists played in the Consolation.

In the main event, Hare beat McCleary in one semi, and Sloan beat Fleming on the other side of the draw. 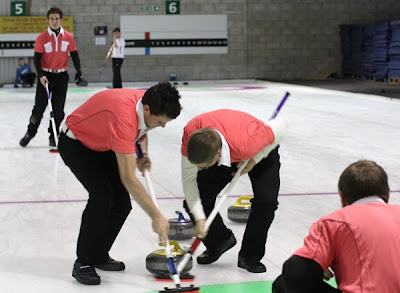 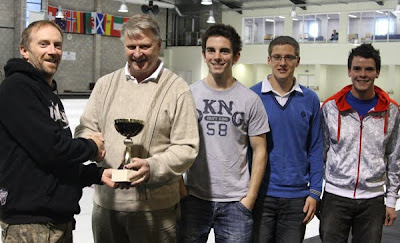 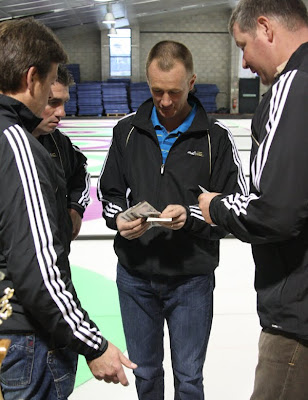 Just one more thing to do. The winners divvy up the winnings. Caption required!

Next up in the Goldline Scottish Curling Tour is the Cardwell Garden Centre Braehead Open, September 30 - October 2.