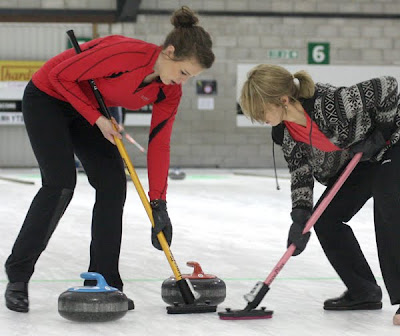 Some more photos from the Ice Bowl Open at Dumfries today, Saturday. That's Alice Spence and Kimberley Smith from the Hannah Fleming team above. 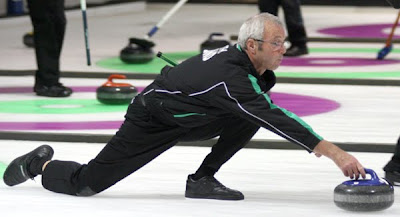 David Smith will be skipping his Irish mixed team at the European Mixed Championship in Taarnby early October. 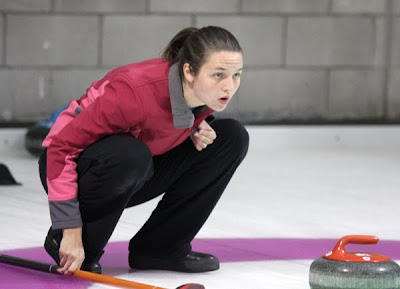 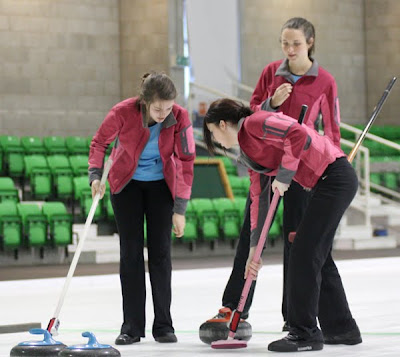 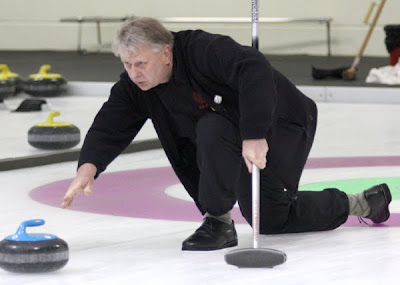 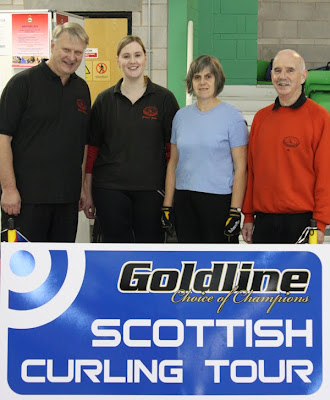 And do YOU have a good excuse why you're not playing at Dumfries this weekend? Open curling. Any four curlers. Any age. Any gender. Any size, shape, experience.... whatever. Fun. Perhaps next year? Make it so! 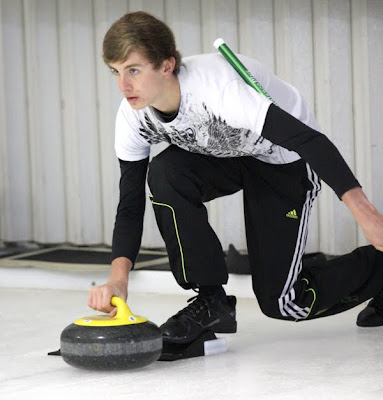 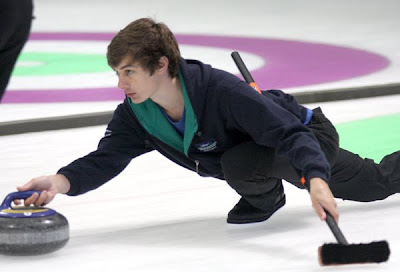 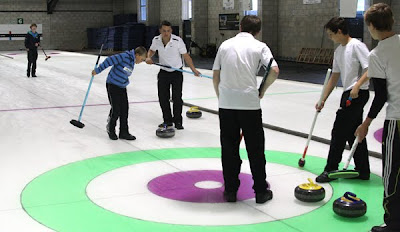 Here's Grant's last stone of the final end, with the scores tied in this game between these two young sides. It finished fully in the eight foot for the win. 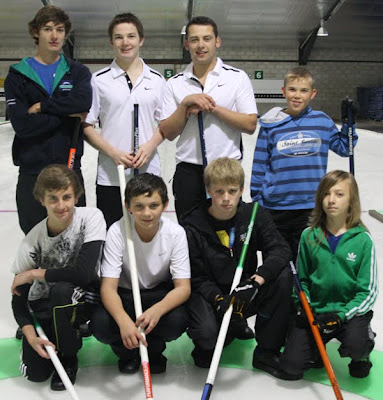 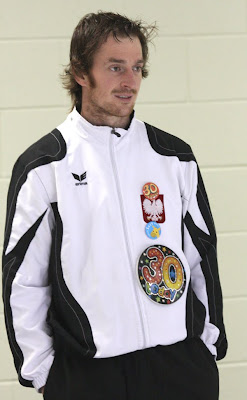 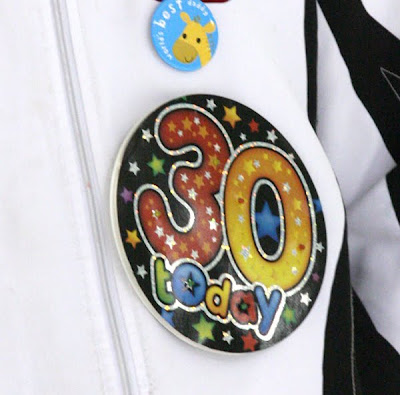 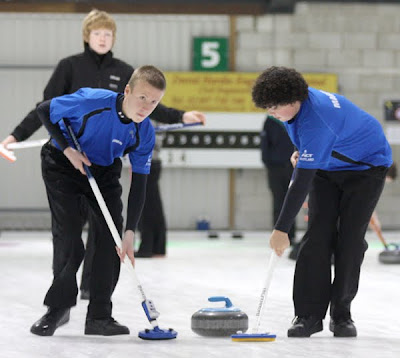 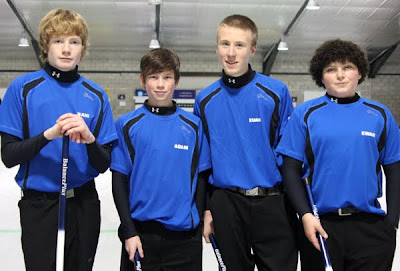 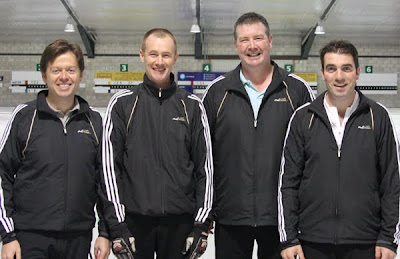 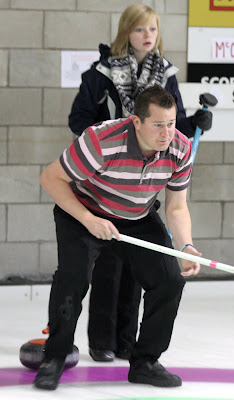 Duncan Gracie and Heather Morton. Duncan's team has its own blog. If you think you would enjoy an alternative approach to the more serious side of the curling world, then this blog is for you! 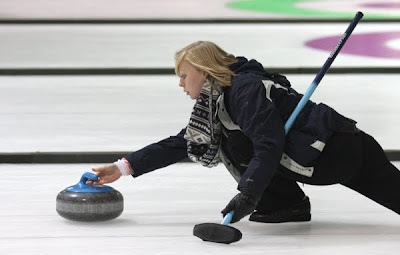 Photos © Skip Cottage. Back tomorrow to see who wins!
Posted by Bob Cowan at 16:44