Here are a few more photos from the playoff stages at the Lockerbie U-17 competition yesterday. Just to explain, there were six sections of four. The top team in each section then made a group of six. These were ranked, the best two got a bye to the High Road semifinals. The other four played quarterfinals, the winners progressing to meet the teams that got the bye.

A similar process with the six teams which finished second in each section sorted out the Low Road. I've already posted pix of the High and Low Road winners here. 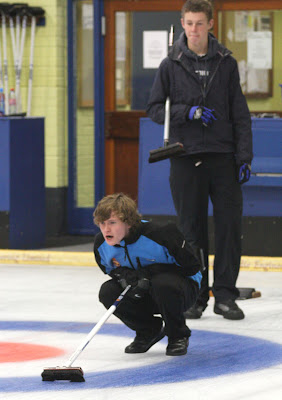 Although Bruce Mouat and Thomas Muirhead won their sections, they were not in the two ranked 1 and 2. They met in the quarterfinals, with Thomas's team proving stronger on the day - just. Bruce came up short with a draw for a second shot in the last end, which would have won him the game, then lost in the extra. 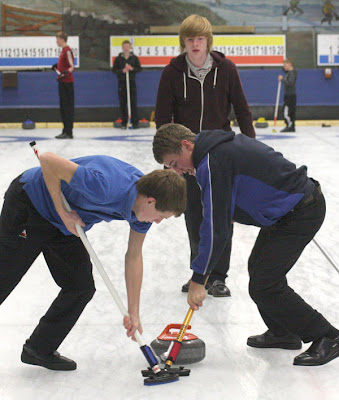 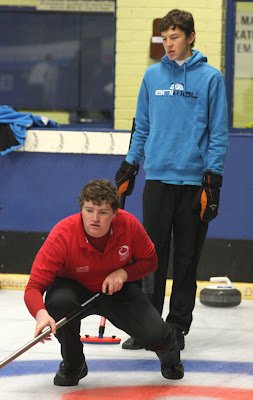 Gregor Cannon got past Cameron Bryce in the quarterfinals, thanks to a big four in the fifth end. All the results are on this page. 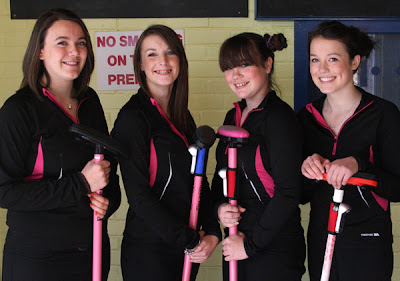 Beth and Hailey wait for the X74 bus! 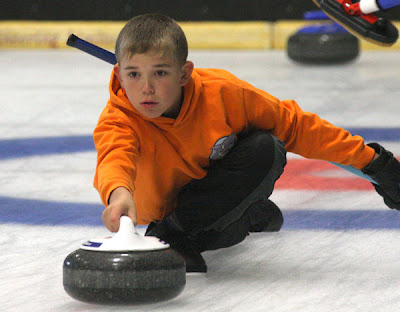 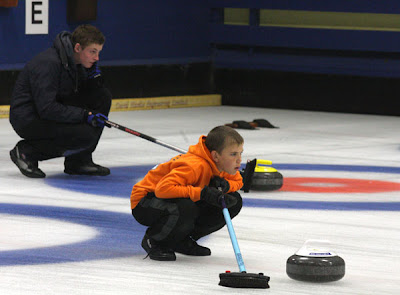 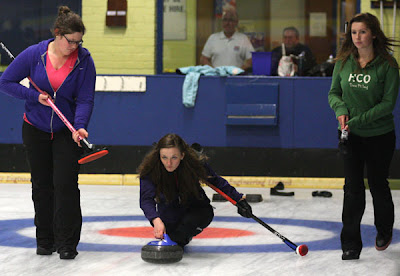 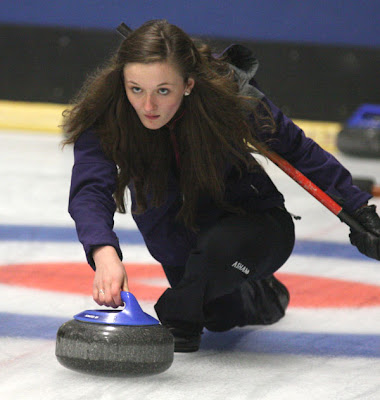 Rachel has been selected to play for GB in the Winter Youth Olympic Games next year. 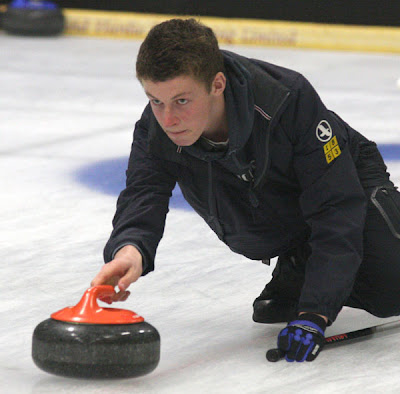 Thomas Muirhead will be her teammate, along with Duncan Menzies and Angharad Ward (see here). 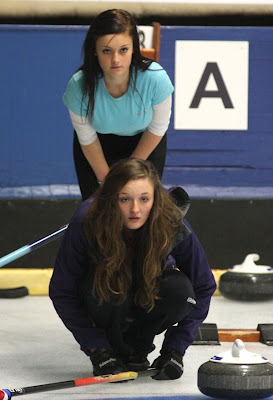 Here are some photos of the two teams which contested the final: 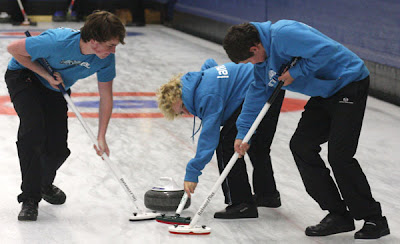 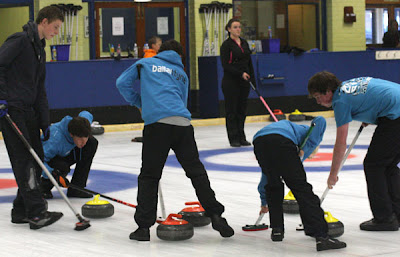 Thomas Muirhead watches his opposition in the final. 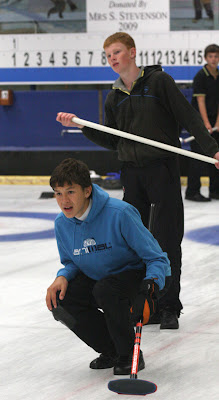 Gregor watches his stone, with John Fraser behind. John and Kerr Waddell ready on their skip's stone. Young Kerr was substitute at lead this weekend for the Muirhead team. 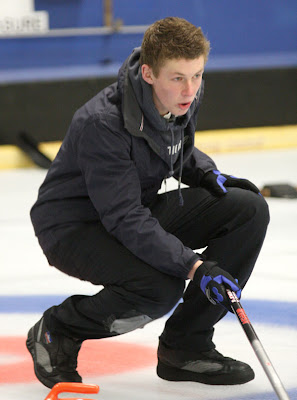 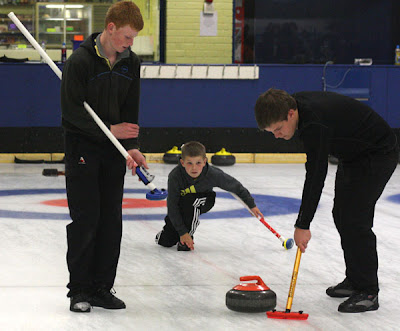 Kerr delivers in the final, with sweepers John Fraser and Craig Waddell ready for action. 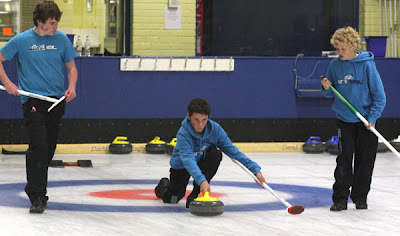 Connor delivers, with Mark and Bobbie his sweepers. 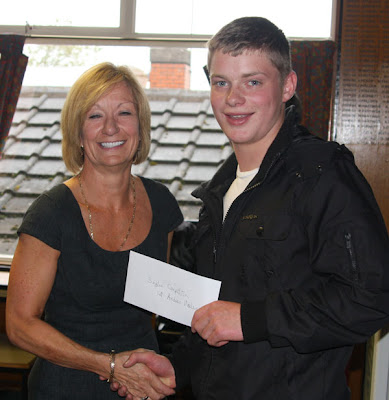 Did I mention there was a singles competition yesterday too? This was won by Andrew Neilson who beat Bruce Mouat in the final. Sue Stevenson presented Andrew with his prize. 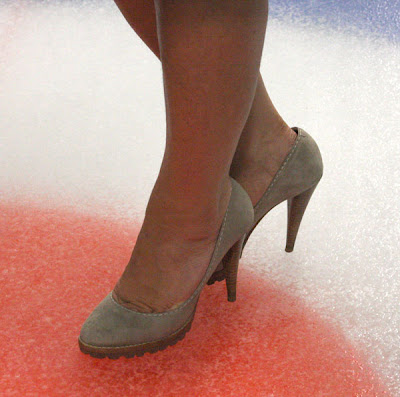 I think a special mention has to go to all the parents/drivers/supporters who are such an integral part of the U17 competitions. All in all, a great weekend. Super to see such enthusiasm on and off the ice. And the curling was good too!