Sarah Reid and her team of Kerry Barr, Kay Adams and Barbara McFarlane are among the twelve teams competing in the Grasshopper Masters Curling Champions Tour event in Zurich this weekend. There are two pools of six, two teams to qualify from each. Details are here. 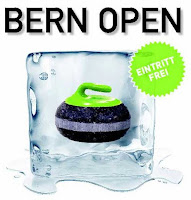 The John Penny, Jay McWilliam, Lauren Baxter and Hannah Fleming teams are in Oslo for the European Junior Tour event there this weekend. Disappointingly, those involved with the Curling Champions Tour continue to treat the Junior Tour as a bit of an afterthought and information about this event is scanty. If a draw or results page appears online I'll post that information here.
Posted by Bob Cowan at 13:29