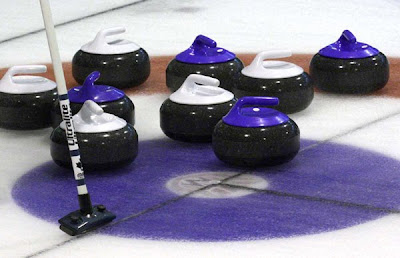 So, let me begin with a question. What does the Stranraer rink have that no other rink in Scotland has? Read on to find the answer.

Yesterday, it would not have been difficult to figure out who was at Stranraer. There were lots of stones in play, as in the top photo! I caught the first rounds of the Scottish Senior Mixed Championship. It was great to see so many old friends! 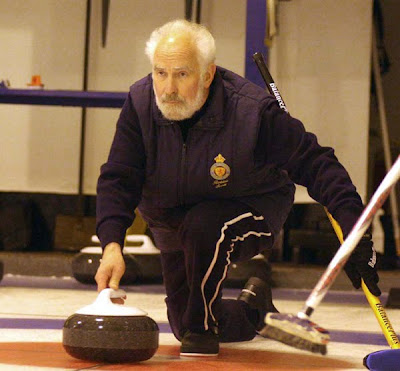 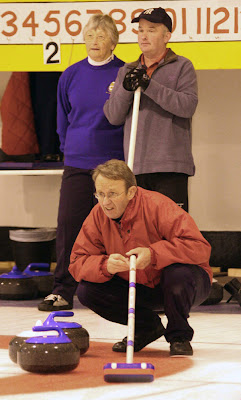 That's Competitions' Manager Colin Hamilton with Catherine Edington behind Charles Jackson. Colin was filling in for an injured Iain Hamilton, with George Edington and Jean Hamilton. Charles was with Judith Jackson and Don and Maggie Rutherford.

All the scores from the competition can be found here. 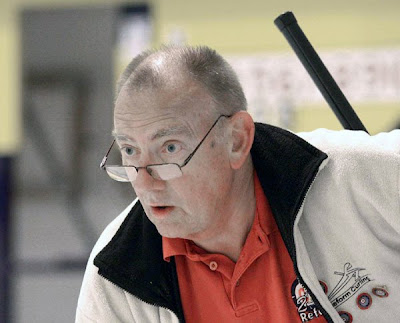 Here's Mike Burton, Reform Club stalwart, competing in Ronnie Peat's team with their wives Helen and Jennifer. Despite me taking lots of photos of their opposition, it didn't put them off and it was the Iain Baxter team that came out on top! 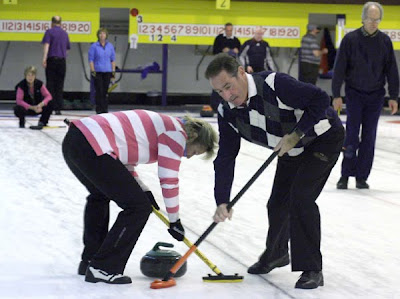 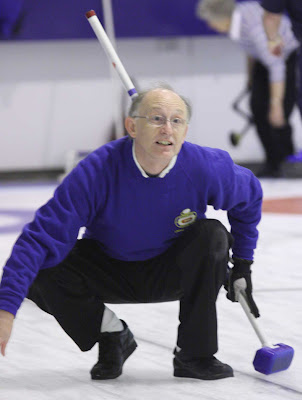 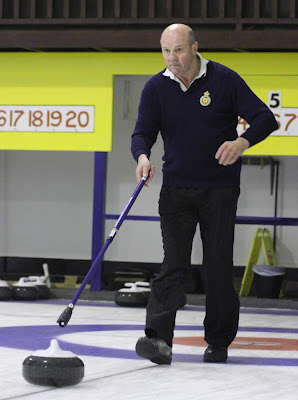 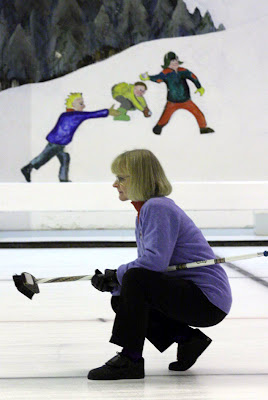 I love the mural on Stranraer's side wall. There's always someone stops in the position of playing with the children! In this case it's Lynn Scott, third stones for Gordie Kennedy with Ray and David McGaan. 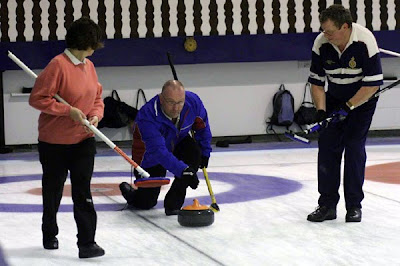 Trevor Dodds releases a perfect draw, to count a second shot, with Lois and Robin Copland. 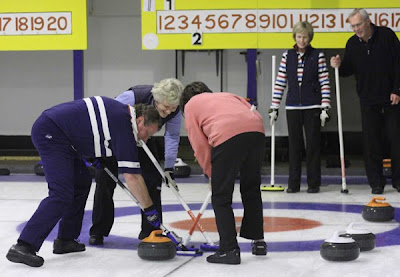 Third Catherine Dodds joins the sweepers, but the stone finishes just short! That Sandy and Edna Nelson watching behind. 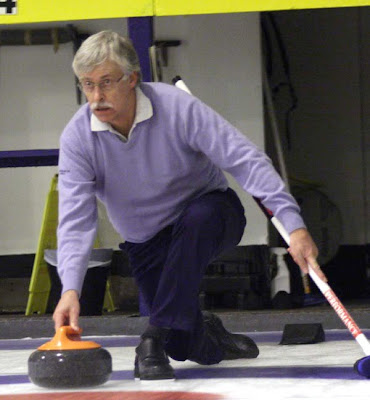 Remember the question? Umpire Alan Stanfield has the answer. 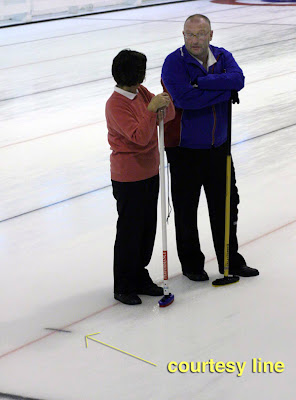 The Stranraer rink has 'courtesy lines' just out from the hog, between which the non-playing team should stand when their opposition is playing, as demonstrated here by Lois and Trevor. The inclusion of such 'courtesy lines' is commonplace in international events, and may well become a feature of the domestic game in the future.

Added later. I'm reliably informed now that Perth has them too... courtesy lines, that is!