Scots among first to try out new curling facility in Turkey

Turkey's recently completed curling facility in Erzurum will host a test event this week in advance of the Winter Universiade, January 27 - February 6. A young Scottish team flies out tomorrow (Tuesday) to compete against two local junior men's sides, one from Latvia, and four women's teams from Switzerland, Poland, the Czech Republic and Turkey.

Kyle Smith, Cammy Smith, Scott Fraser and Ruairidh Greenwood will play seven games. I note that there is a 'gold medal' game, presumably between the top two after the round robin. First games are on Thursday with the event finishing up on Sunday. 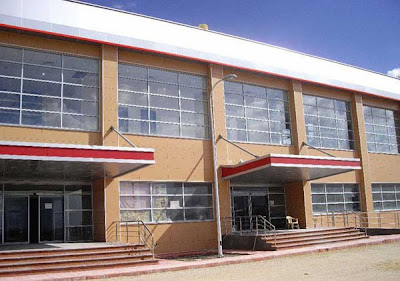 The exterior of the rink in Erzurum. 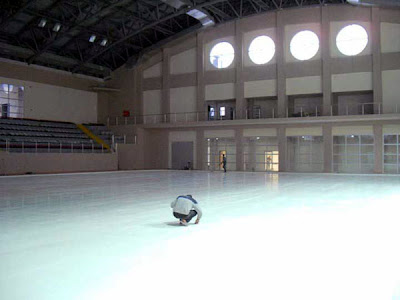 The interior of the rink.

Photos of the curling rink are courtesy of Mark Callan who laid down the ice for the event last week. It looks quite a facility! Thanks Mark.
Posted by Bob Cowan at 09:16