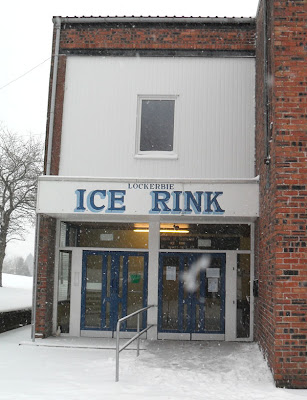 It was a snowy welcome this morning at the Lockerbie rink for the ten junior women's teams and eight junior men's teams involved in the Junior Competition. All bar one made it in time - the exception being Ruaraidh Whyte's side, involved in an accident on the way. Fortunately no injuries, and that team was on the ice too in due course!

Here are a few pics to give the flavour of the event. 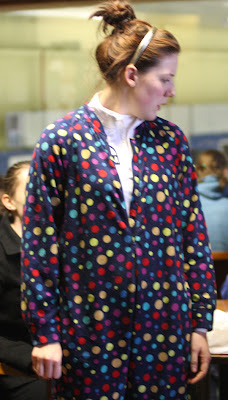 Lauren Gray is saying, "Do you think this will be OK to wear tonight if we get snowed in?" Actually the Scottish Junior Champion is modelling the new National Academy uniform for next year, now that sponsorship has been received from Primark! 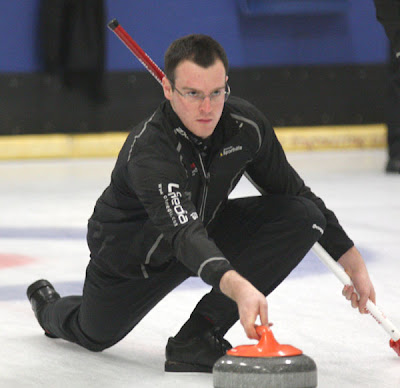 Some teams have come a long way to play at Lockerbie. Konstantin Kaempf and his team of brother Alexander, Marc Bastian and Philipp Haeckelsmiller are from Germany. 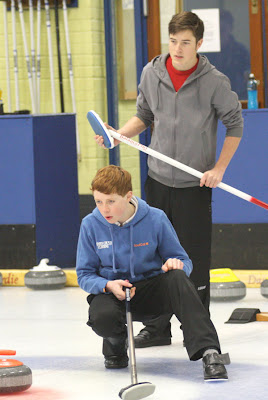 Ben Fowler's team are here from England. That's Duncan Menzies in charge of the house, with Ben behind. The others in Ben's team are Harry Mallows, Matt Spicer and Oliver Kendall. 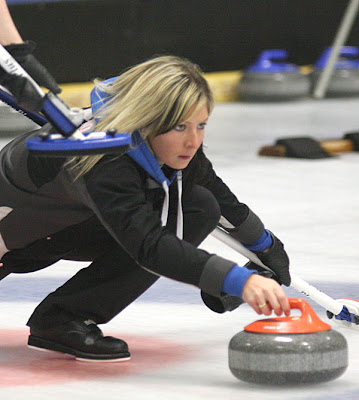 Eve Muirhead, just returned from the Le Gruyere European Championships in Champery with the silver medals, is on the ice this weekend for a tryout with her junior team prior to next month's Scottish Junior Championships in Curl Aberdeen. 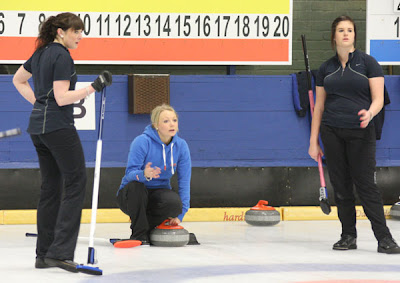 Here are the other three. L-R: Rhiann Macleod, Anna Sloan and Vicki Adams. 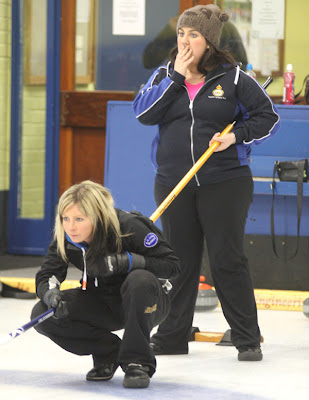 Eve and her team were dominant against Lauren Baxter's side in their first game. 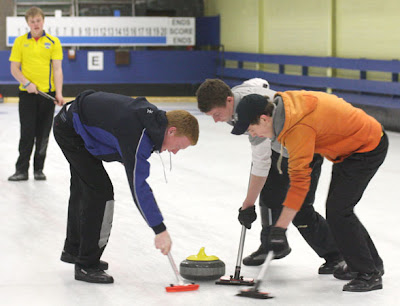 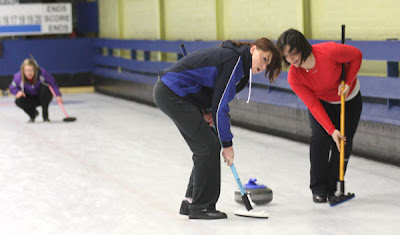 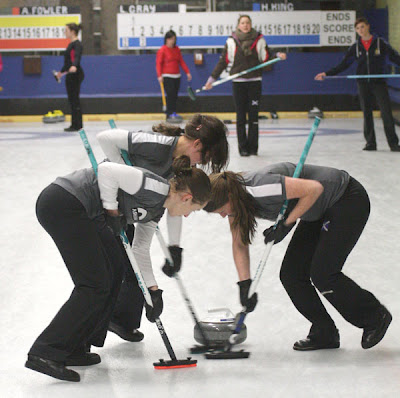 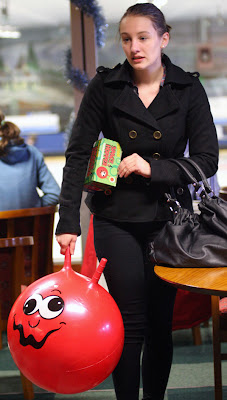 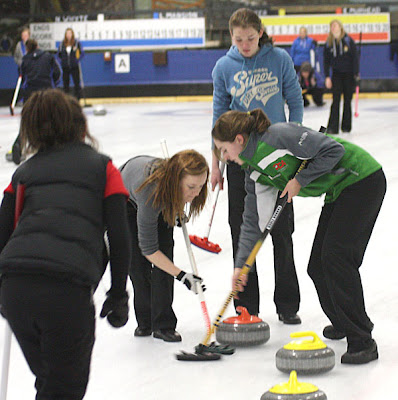 Anna Fowler has brought her English team of Hetty Garnier, Naomi Robinson and Angharad Ward to Lockerbie for match practice prior to the Junior Challenge competition in Prague in January. 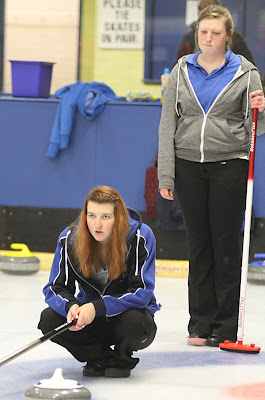 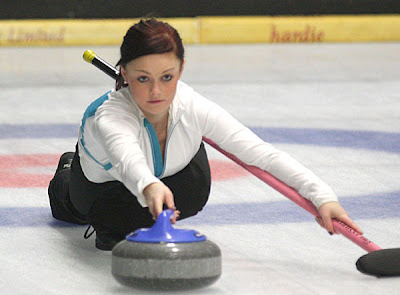 Katie Murray was playing last stones for the Mansion team.