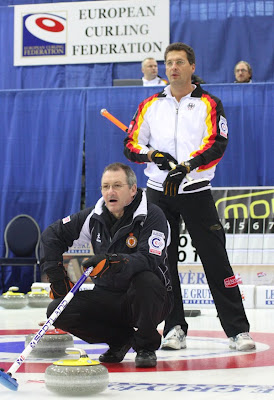 Hammy McMillan's Scottish team faced Andy Kapp's German side this evening in their second game, having dropped their first to Thomas Ulsrud. 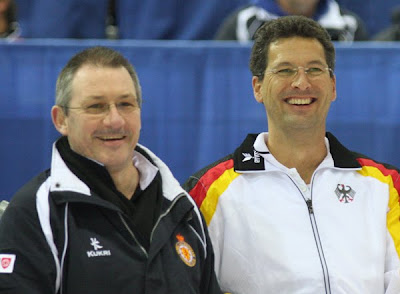 It's a great thing about this sport of ours that there is the opportunity to have a smile about things.

What a game it was too! The Scots led 2-1 after two. The scoreboard shows that the third was blanked - only because the German skip can play triple takeouts!

But after six ends the Kapp team led 4-2. In the seventh, the Scottish skip was just too heavy on a come-to draw with a German stone at the back of the four foot. The Germans stole two and we were down four.

Fighting spirit indeed was called for, and delivered. Great shotplay in End 8 saw Hammy hit and stay on a German shot at the back of the house to collect three for the team. It was 6-5 into the ninth.

The Scots threw everything into trying to steal a single. At one point there were thirteen stones in play. But there was no way in for Hammy, and the Scots had to concede three to Germany, who ran them out of stones in the tenth.

Don't forget Mike Haggerty's reports will be on the Royal Club website here, and Leslie Ingram-Brown, back in a media role, should have some pics too.

Right, time for a salute to the team. 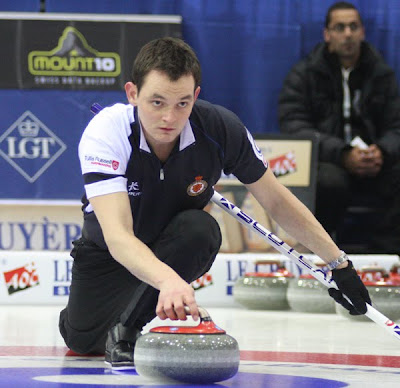 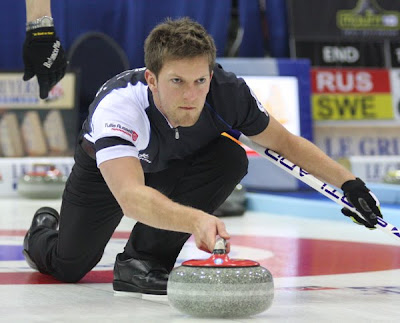 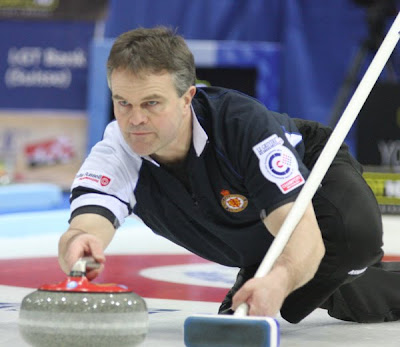 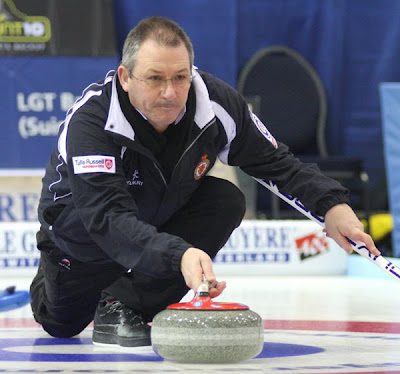 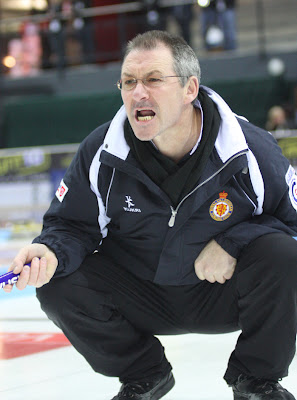 One of these days I'd like to make up a little book, just with photos of Hammy. Would it be a best seller? Maybe. Anyway, this is the cover photograph! 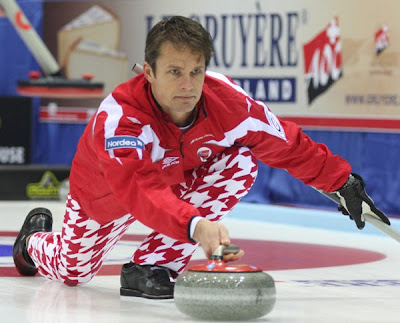 I'm happy to take requests! This for a big Thomas Ulsrud fan who is unable to be here in person this week.