Partick on the ice 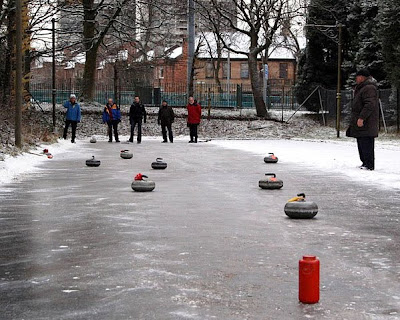 This is Partick CC's tarmac pond at Victoria Park in Glasgow. I have these pics for you via David B Smith whose brother was on the ice there. 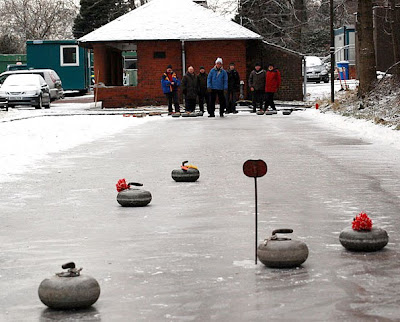 Note the club's rather special curling house in the background. I've featured this before during the Doors Open Day in September 2009, see here. 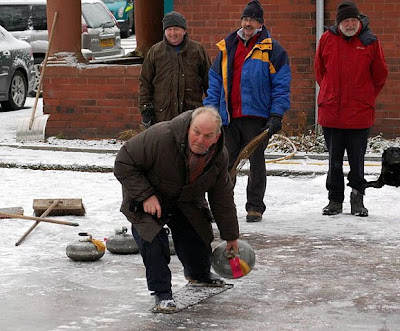 It's great to see the rink being put to its intended use! Ronnie Smith says, "It was a great time and really like curling, rather than just brute force, hurling the rocks with everything you've got, as it actually has been on previous occasions. Our Ice Master (and President) Peter Shill, has done a great job in preparing the ice all last week - sweeping off snow, leaves and twigs and one or two floodings as well." That looks like Peter in action in the photo above!

Thanks to David and Ronnie for this post.
Posted by Bob Cowan at 08:54