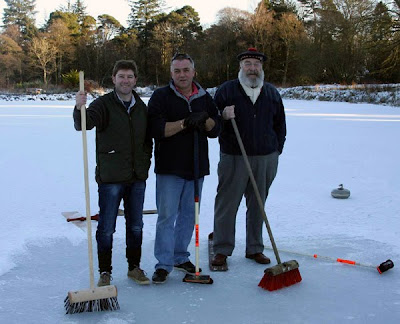 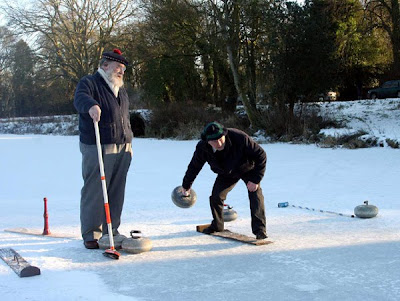 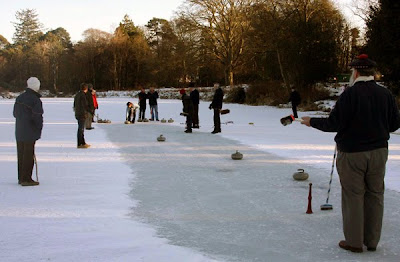 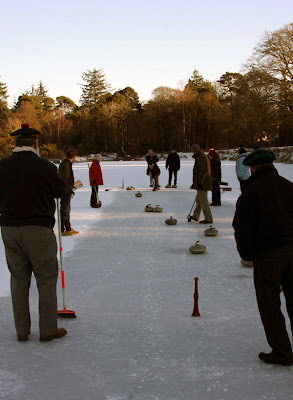 Ice was, let's say, 'difficult'! The rink was shortened in consequence. 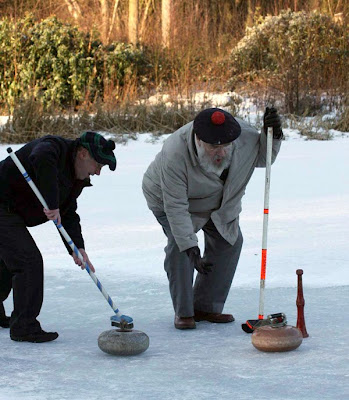 Body language fails to stop this Carsphairn Red from running through the house! 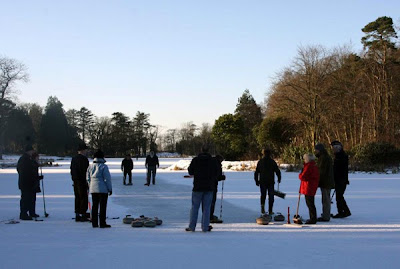 There can be no more beautiful setting than Coodham Loch for a game on outside ice! 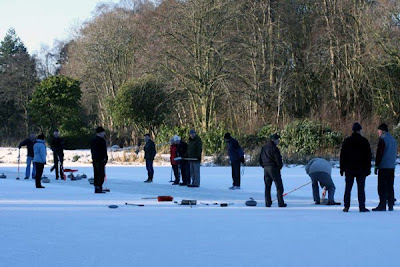 Everyone got a chance to play. 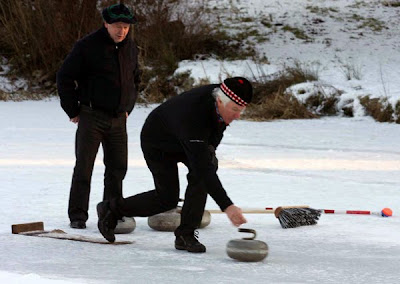 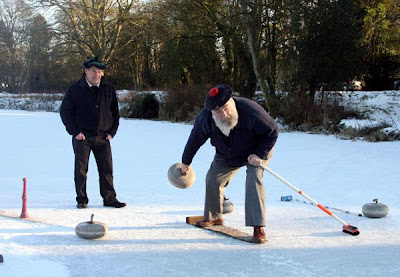 David shows how it should be done! 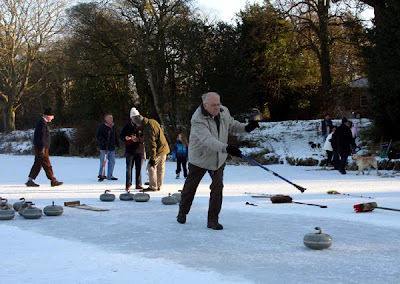 I wondered if a cue had been used on a loch before? (Thanks to Lindsay McGarvie for taking this pic of me 'in action'!) 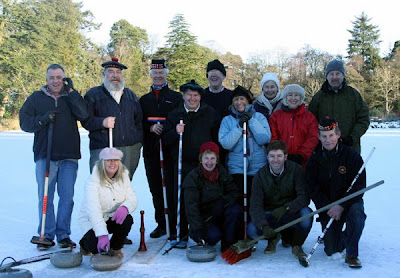 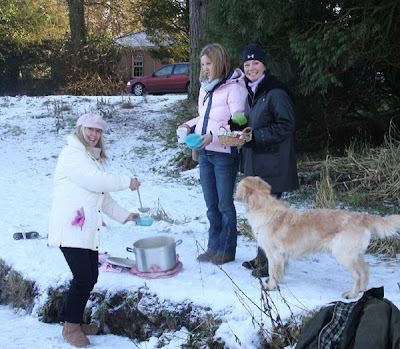 It was just wonderful how hot soup appeared at lunch - well done girls! (Susanne Kennedy on the ladle!) 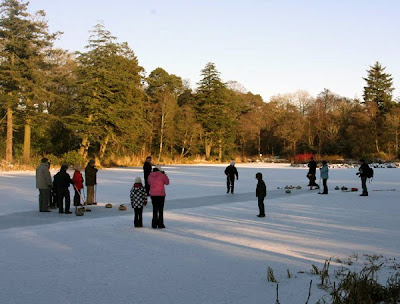 After lunch the light changed, making Coodham even more beautiful! 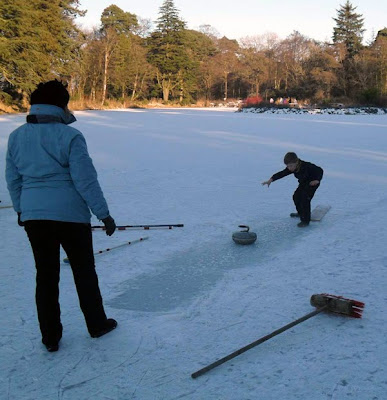 And here's the future. Young Harry McGarvie gets his first lesson in outdoor curling.

PS. When I moved to Skip seven years ago, David presented me with a lovely pair of 'common Ailsas' as a housewarming gift. Today has been the first opportunity I've had to see how they actually perform, and I was thrilled to see that they ran well, better, it should be said, in Harry's hands than in mine! A great day! Many thanks to all the company for making me so welcome.