More from the weekend 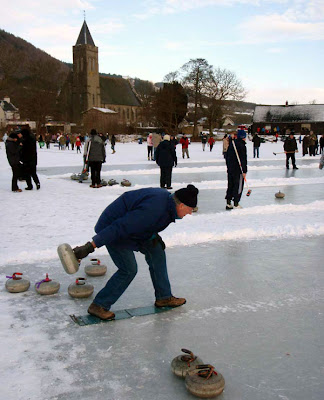 Linsey Alison of Doune CC sends this report. "As soon as news of the cancellation of the Grand Match came through, Calum Macnee of Doune CC was straight on the phone to start arranging a Bonspeil for Central Province Clubs and guests on Lake of Menteith. Having been out on the ice on Friday he knew it was far too good an opportunity to miss.

Alastair Buchanan, David McFarlane and Bill Strang organised twelve teams from Central Province, representatives from all the Central Province clubs. Two Sauchie and Bannockburn rinks travelled from Stirling and a minibus rounded up ten Musketeers CC players from Edinburgh, Kinross, Falkirk and Perth. We were also joined by players from Linlithgow CC.

The eight sheets were cleared of snow in no time at all, and in the words of the Bard, 'O what a glorious sight'!

Competition was fierce with Doune showing well in the early stages, perhaps the result of their three outdoor games this year. However losing a tight, low scoring game against the Musketeers sent them plummeting in the rankings leaving Keir 2 and Musketeers (north) to contest the final. Keir emerged unbeaten. Very worthy winners, however we all came away winners having enjoyed fabulous ice conditions, beautiful scenery, kind weather and a level of friendship camaraderie that few other sports can produce."

Thanks, Linsey. The photo above is of Bill Strang, Central Province Secretary. More pics below. 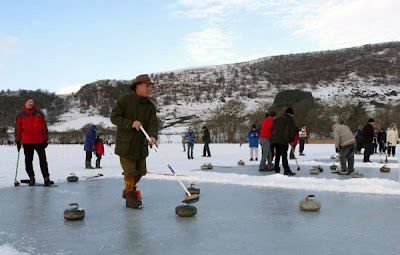 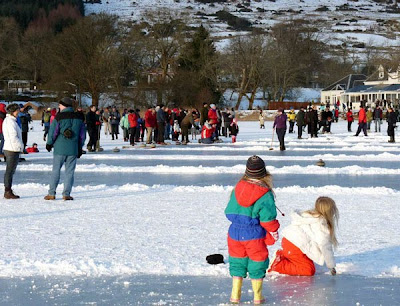 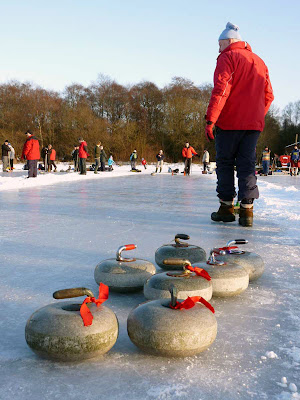 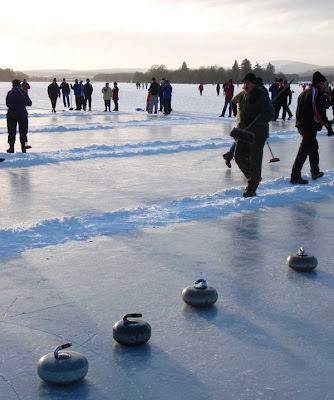 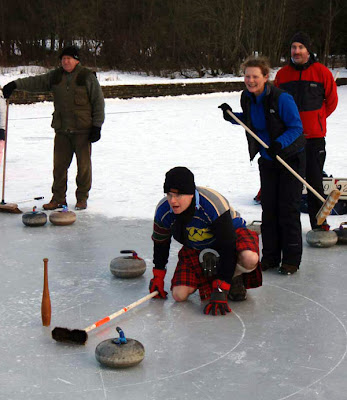 A hard fought game between Musketeers and Doune 1. 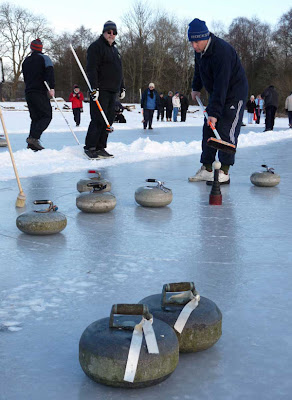 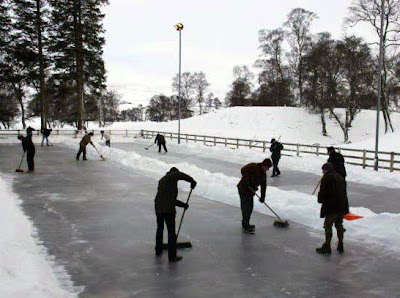 Here we are at the purpose built outdoor facility belonging to the Glenesk Curling Club at Tarfside. 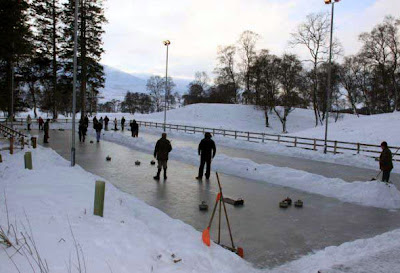 It's a fabulous rink with floodlights, and a bothy. 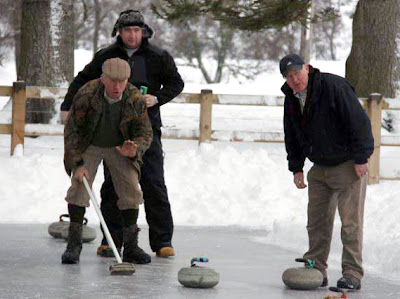 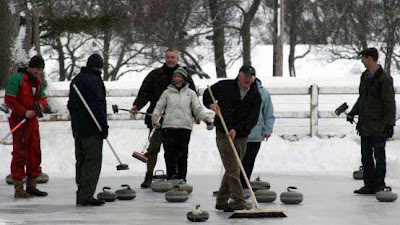 Great fun was had. Thanks to Mike Ferguson for the photos.

And on to Neilston... 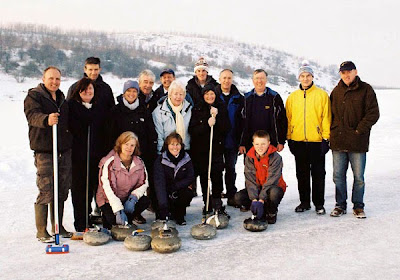 Despite having to clear heavy snow, about twenty Neilston Curling Club members turned up to play on Snypes Dam, Neilston on Saturday. 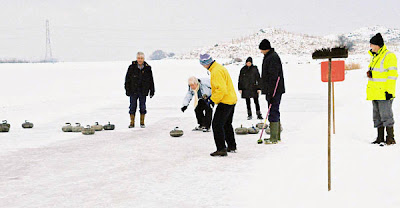 Would you believe I tried to find the group on Saturday afternoon, on my way down to Ayr, without a map and with only hazy recollections of the area from many years ago. I failed to cope! 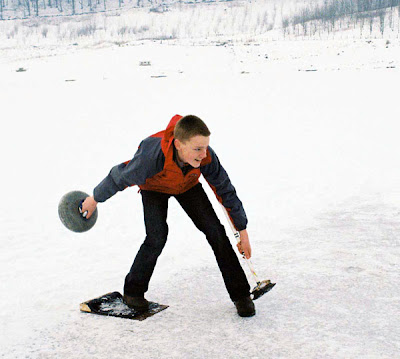 However, thanks to James Carswell for these pics, and indeed thanks to everyone who has sent photos yesterday and today.
Posted by Bob Cowan at 17:45