Power to the Pants 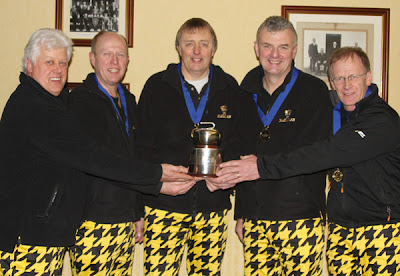 Team Prentice took to the ice on Thursday wearing a new set of curling pants. By Sunday afternoon the team were undefeated, and needed only to get past the Gary Macfarlane team to count their fourth Scottish Senior title. And they did, nudging ahead in the seventh end of the final - one which Gary will have nightmares about - to have the trophy in sight. 'Power to the Pants', indeed. You can find all the results here. 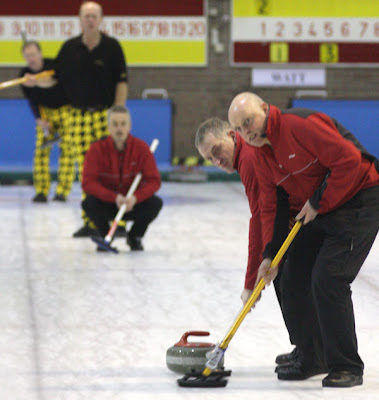 Stewart and Don are the sweepers on Douglas's stone. 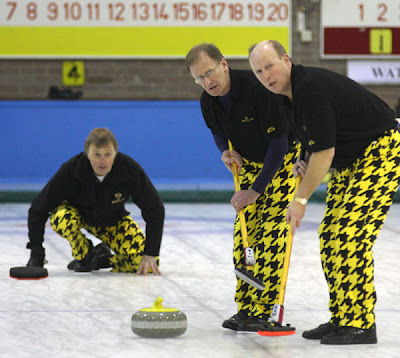 Robin and Tommy on their skip's stone. 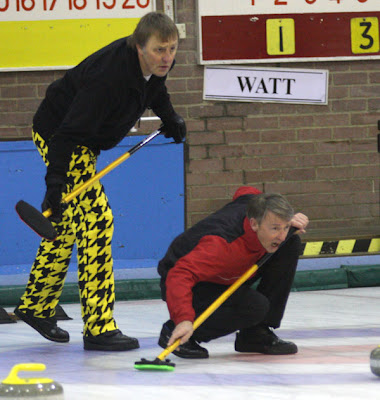 Skips in the house. 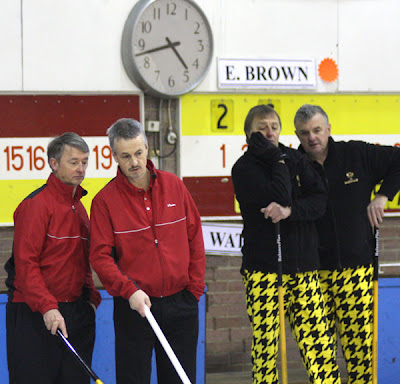 I could suggest a caption, but you probably have time to make one up yourself! 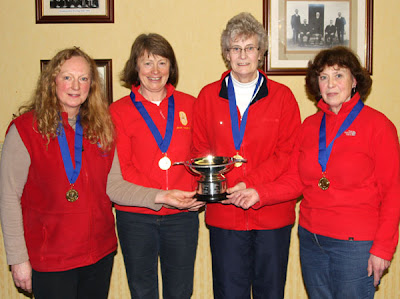 Barbara Watt confessed that she was surprised to have won the Scottish Senior Women's title! It was the first time she had entered the competition. But her team had played away quietly, and were completely dominant in the final against the Enid Brown side. The results and linescores are here. 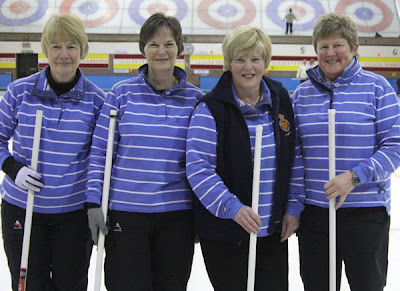 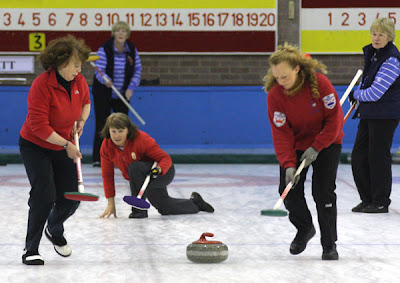 Val and Maggie on Jean's takeout. 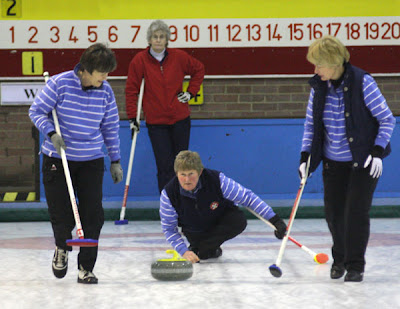 Morag and Helen on their skip's stone.

The winning teams will represent Scotland in the World Seniors Championships in Taarnby, April 14-21.
Photos © Skip Cottage
Posted by Bob Cowan at 19:55