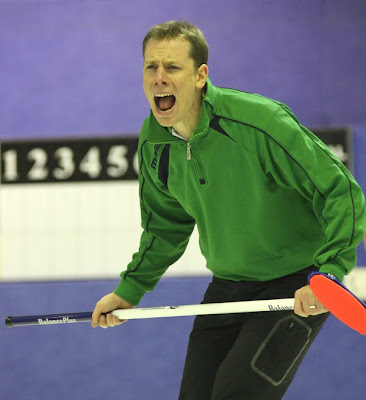 I have had some emails from blogallies who are a little confused as to how many teams are left in the competition and how the Co-operative Funeralcare Scottish Curling Championships are being played. I shall try and be clear tonight. But who said curling was a simple game?

Good game this one. Brewster was 3-2 up into the ninth. Edwards attempted a tap and roll with his last in the ninth, wrecked, and Tom had a free draw for three. He made this and his opposition conceded. Tom Brewster, Greg Drummond, Scott Andrews and Michael Goodfellow will contest tomorrow's final at 15.00 against David Smith, Warwick Smith, Alan Smith and Ross Hepburn.

The WOMEN on the other hand played two 'normal' semifinals, with the winners progressing to the final tomorrow. Tonight's games are easy to describe. Eve Muirhead's team took four shots on the first end against Jackie Lockhart and they had as good as booked their place in the final. It would be a hard job to get back after giving Eve four of a start, and so it proved. The teams shook hands after eight.

All the linescores are here.

Top photo: David Edwards. Entry to the 'Shout of the Day' competition. 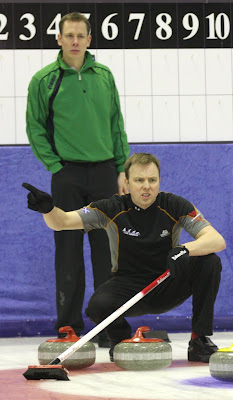 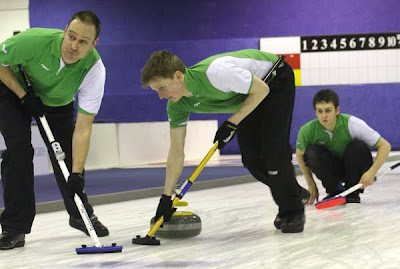 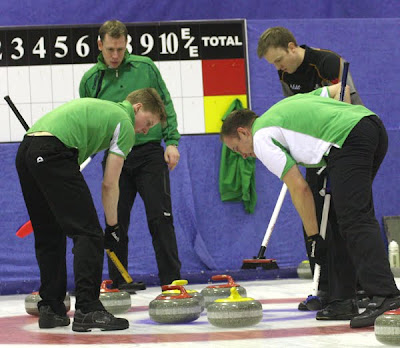 Close curling in the men's semi. 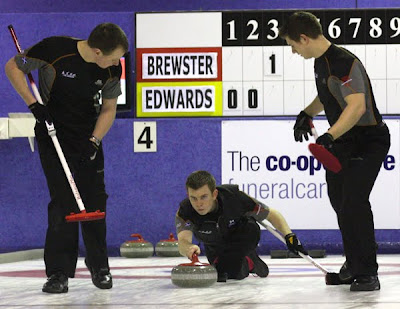 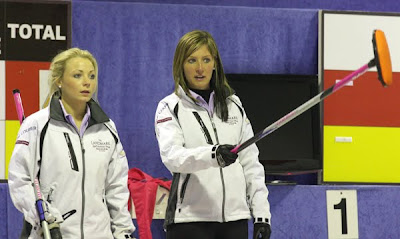 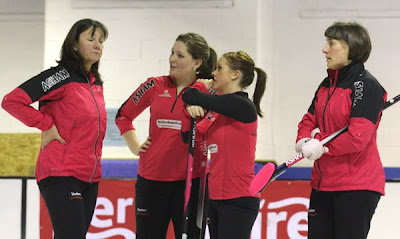 Jackie, Sarah, Kay and Karen. I couldn't even begin to make up a caption for this one! Over to you.

Lyndsay and Gail ... and a linescore that tells the story. 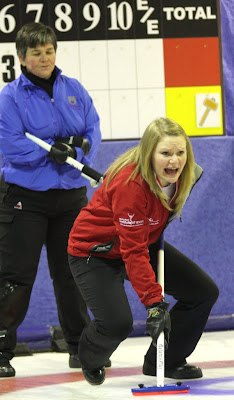 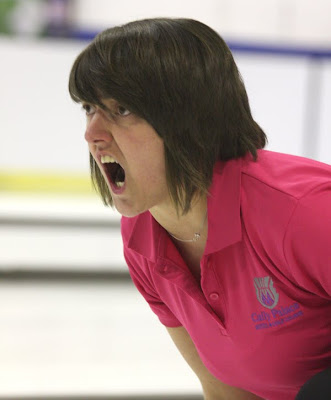 Look for the webcast of both finals live tomorrow on the BBC Sport Scotland website. This link should take you directly to the page.