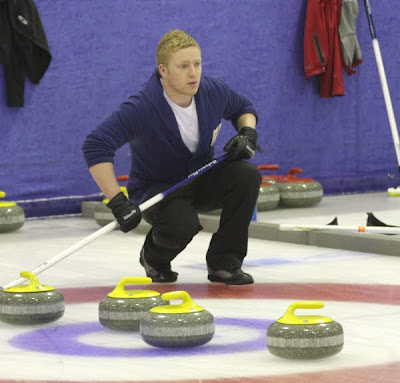 This was the second end of the second tiebreaker in the Co-operative Funeralcare Scottish Championship at Perth this morning. Jay McWilliam's team were against Team Ewan MacDonald, winners last night over David Murdoch.

Last stone to come, and Grant Hardie is facing four MacDonald counters as he goes to play the last stone of the end, Colin Dick in the head. 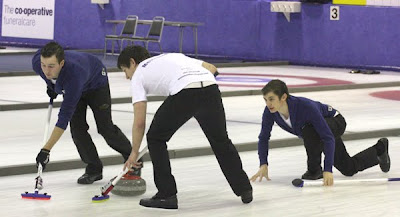 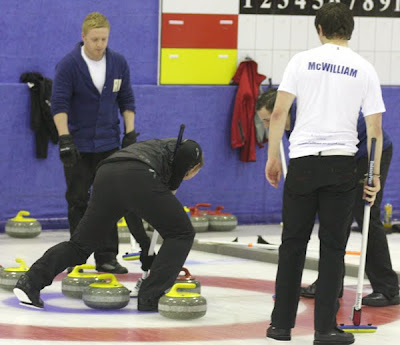 Grant's draw is not far away as Ewan gets on the sweeping as it reaches the tee line. It was just too far, and, after a measure, the McWilliam team had given up a three against the head and trailed 0-4. The teams played on of course, but handshakes were offered after six.

The linescore, and all the other results, here. Ewan's team now meets Tom Brewster in the Page 3-4 game.
Photos © Skip Cottage
Posted by Bob Cowan at 10:34