Right, here are a few tales from furth of Perth to catch up just a little on what else has been happening around the country.

The Borders won the Morton Trophy beating Braehead in two of the three matches, see here. 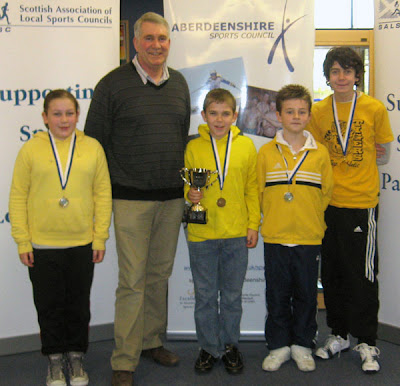 Congratulations to the winners of the U-13 Funspiel. L-R: Ashleigh Street, Ross Whyte (skip), Scott Oliver and Sean Milligan from Dumfries. Also in the photos is Jim Conn, the chairman of SALSC (Scottish Association of Local Sports Councils). 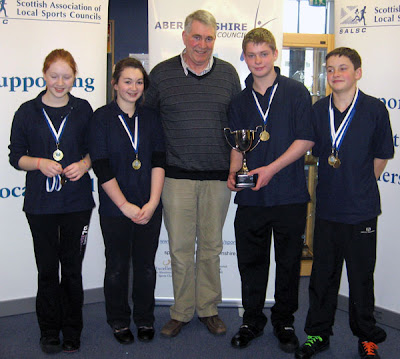 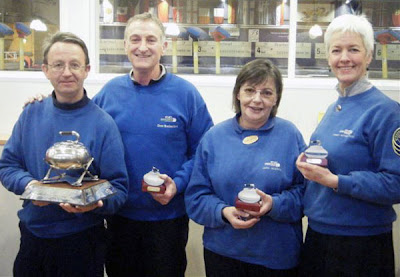 Now for something older, with apologies to the Charles Jackson team above!

Charles Jackson and his team were the winners of the Robin Brechin trophy at Braehead. Sixteen teams took part in this competition which runs alongside the Allcomers trophy. Would you believe that this was the centenary of the Allcomers - the trophy was first presented at Crossmyloof ice rink in 1911.

Here are the winners: 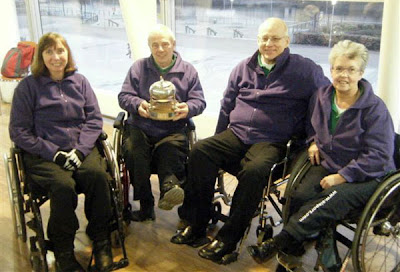 Photos courtesy of Laura Morris and Bruce Harley.
Posted by Bob Cowan at 08:57