WJCC: Off the ice on Friday 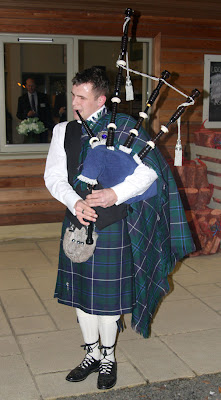 Loch Leven's Larder was the venue for the Opening Party at the World Junior Curling Championships. This is a family run farm, restaurant, deli and retail shop some three miles from Kinross. Here piper Adam Kippen welcomes all the teams. 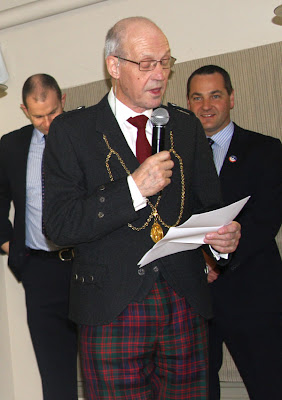 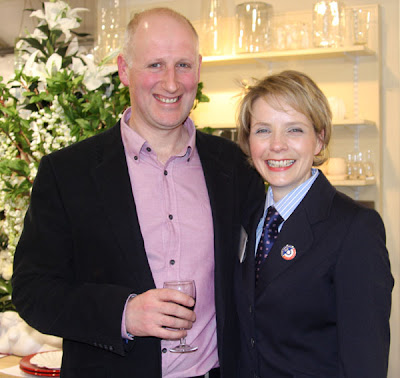 Robin and Emma Niven of Loch Leven's Larder were our hosts. A marquee had been erected to provide more dining area. It was an informal, friendly evening. 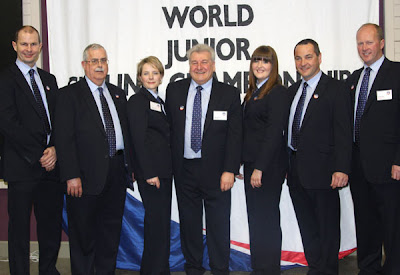 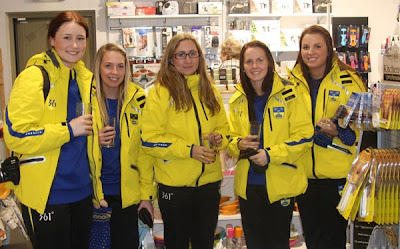 There was time for shopping - here is the Swedish team. 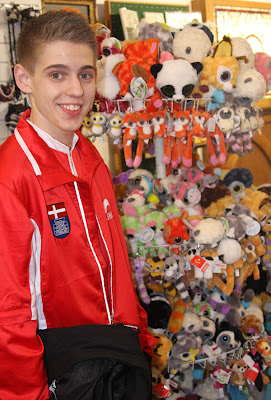 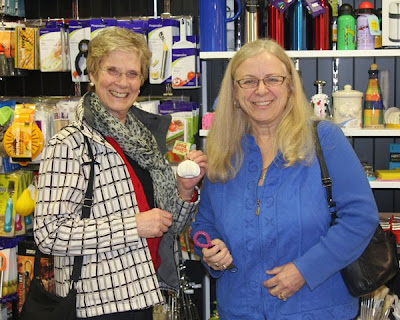 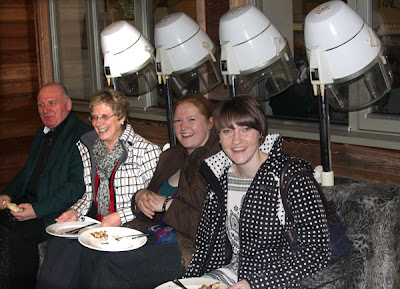 Some of the umpires even had time for some hair styling. Albert Middler got a discount! 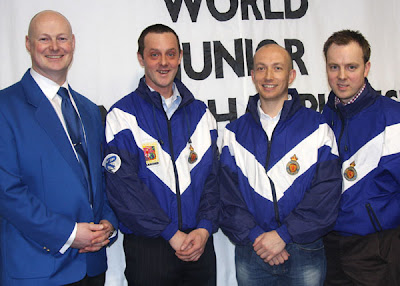 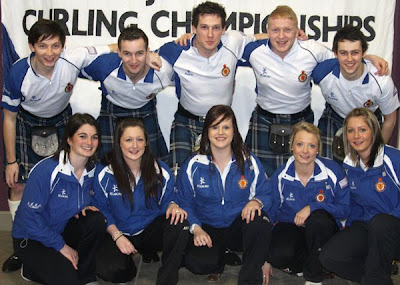 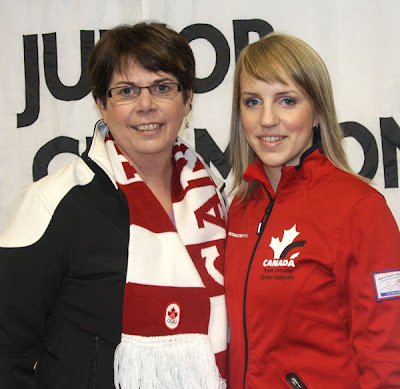 A little personal note. Way back in 1983, the Silver Broom was in Regina, Saskatchewan. The Scottish team and fans were 'adopted' by the community of Creelman. So it was a thrill for me to meet Laurie Sivertson, nee Greig, who hails from Creelman. Her daughter Dailene is alternate on the Canadian women's team here in Perth. 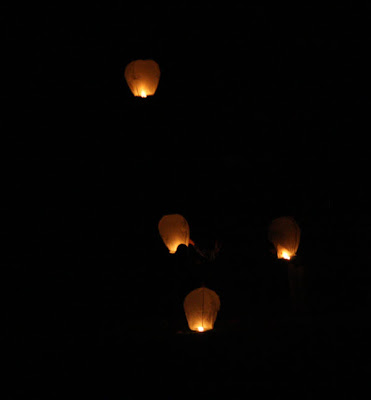 Chinese lanterns float into the night sky over Loch Leven to end the evening as the teams boarded buses back to Perth. There are more photos from the Opening Party on the official website here. 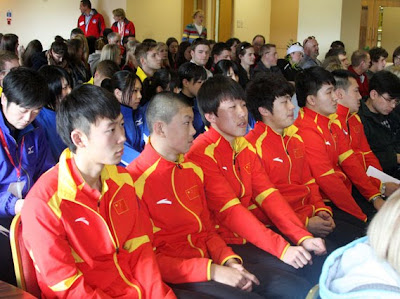 The teams were all together for the team meeting yesterday. 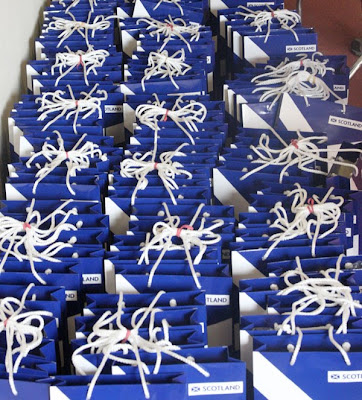 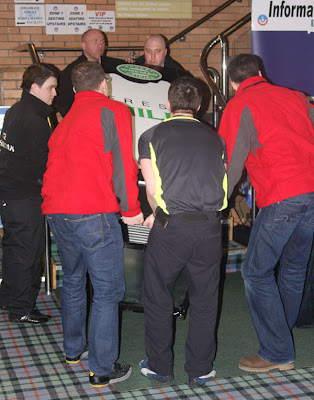 It is a 'dry' championship, but milk is on the menu.... if only we can get the machine up the stairs! This photo is certainly a cue for a song, see here. 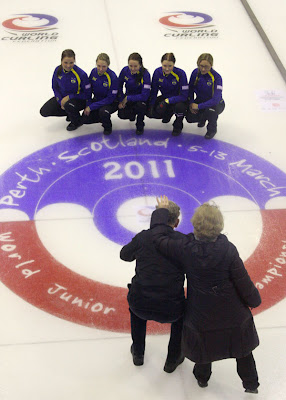 There are official team photos available to view from this page. Above, World Curling Federation's Media Relations Officer, Joanna Kelly, gets the Swedish team to look at Leslie Ingram-Brown's lens! 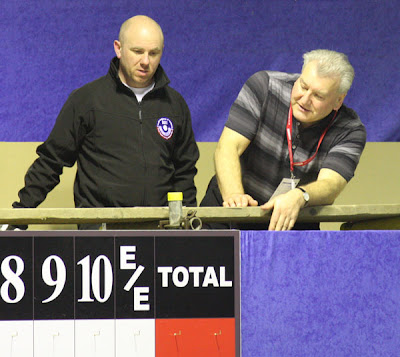 And finally today's caption competition. Head Ice Tech Paul Martin and Local Organising Chairman Bill Duncan examine the coaches' bench. "Should I just throw myself off here now, Paul, or wait until the end of the week?"