WJCC: Off the Ice Sunday 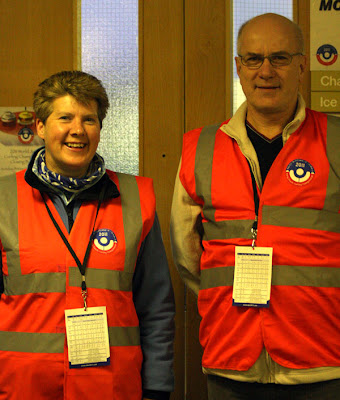 The World Junior Curling Championships could not go ahead without the help from all the volunteers. Perth has more than 250 of them. Here are two 'representative examples' of WJCC volunteers, on stewarding duties, Isla Kinnear and Simon Elder. 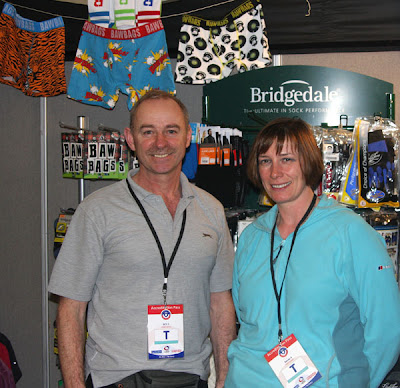 Tom Pendreigh of British Curling Supplies and Jane Campbell of Banks of Perth are doubling up in a retail space in the Extra End lounge. No, that's not Tom's washing on the line above his head, it is a display of Baw Bags (translation - cancer charity undergarments for top sportsmen; caution 'May Contain Nuts'). 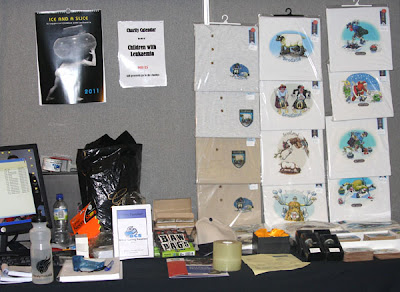 Novel T-shirts, and other items are for sale, including a tournament mug. (Suggestions as to who this might be are welcome.) And more Baw Bags. 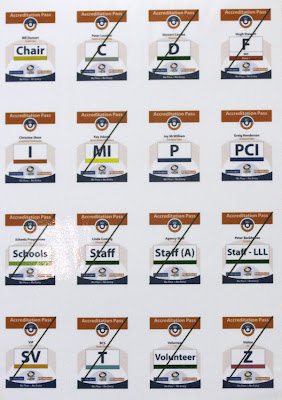 There a lot of accreditation passes, each with a different level of access within the facility. Great fun trying to identify which is for whom. I'm an 'MI', in case you were wondering. But who has Z, or F, or T, or Staff LLL. Suggestions on a £5 note please. 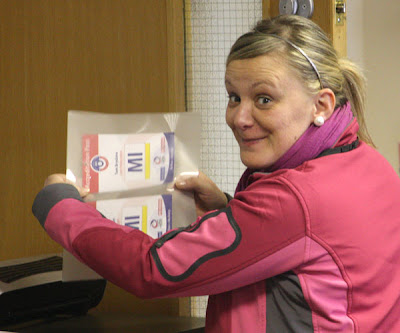 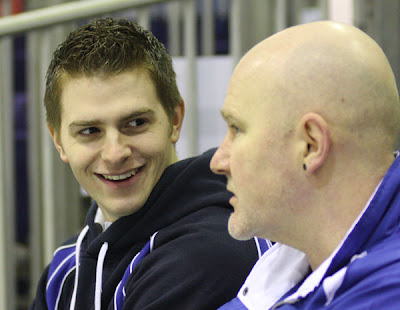 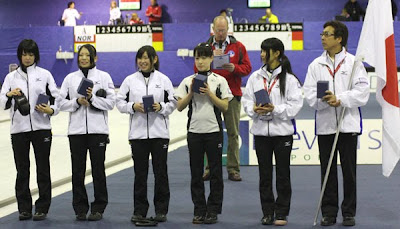 Before every draw, one team is honoured. Each member receives a gift from the organising committee, and their country's anthem is played. Team Japan was honoured yesterday. 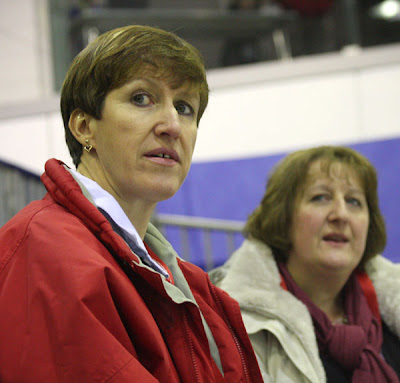 I wonder if we should do a 'mums in the stands' feature. Here Kate Adams and Mairi Macleod watch their daughters in the Scottish team. 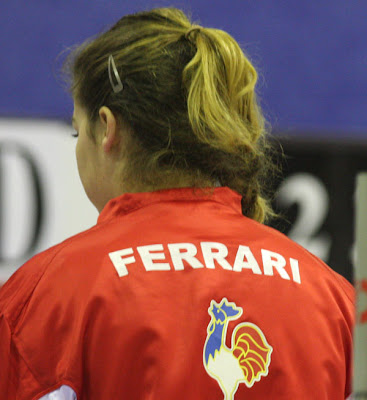 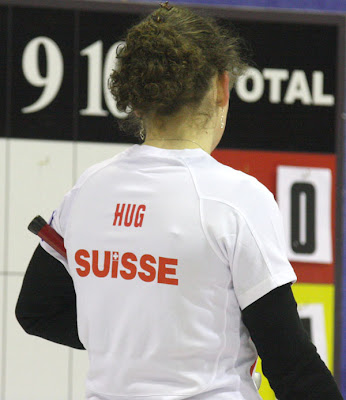 One of these would be nice. 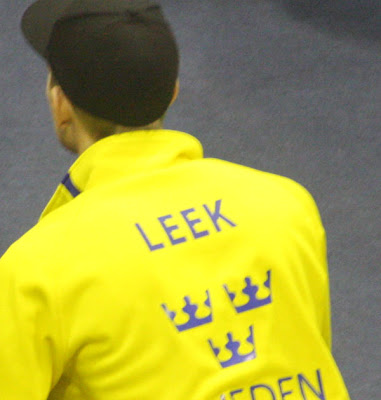 I should probably go and have one of these!