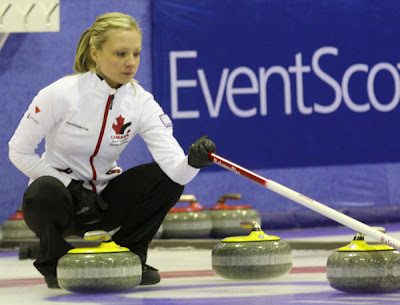 Canada's Trish Paulsen was dominant in the tiebreaker against the USA this afternoon. 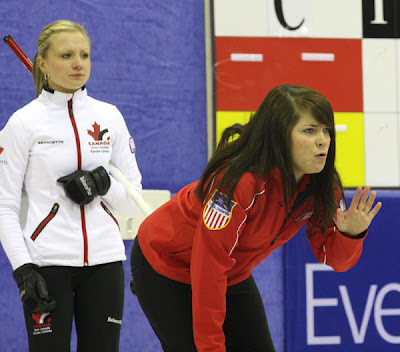 Here's the USA skip Rebecca Hamilton. The Americans got off to a bad start in the first end, giving up a big three. Working back from 5-0 down, they were looking good in the seventh. But Hamilton's last stone jammed on a Canadian counter, and Paulsen drew for two and an 8-3 lead, which proved decisive. 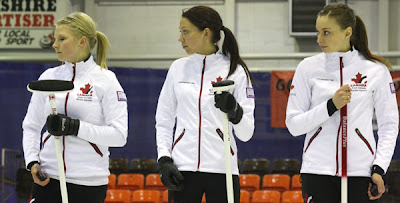 The others in the Canadian side: Natalie Yanko, Kari Paulsen and Kari Kennedy in a traditional 'bus stop' photo. 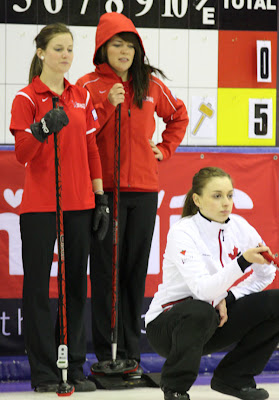 Kari Kennedy in the head, Tara Peterson and Rebecca Hamilton behind. 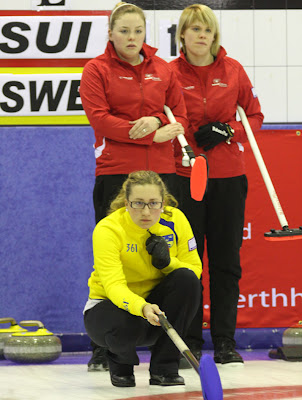 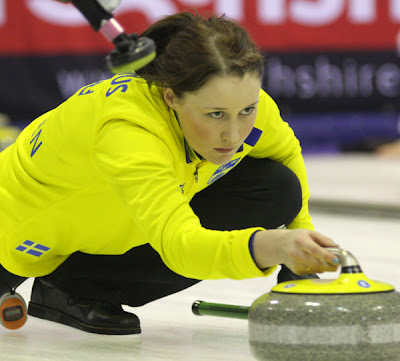 The Swedes had Sara McManus playing the last stones. 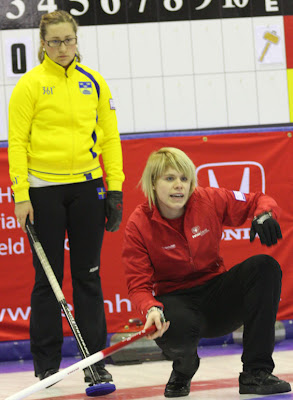 The Swedish team took command of this one with a three in the seventh for a two shot lead. Two more - it was almost a three - in the ninth, saw Sweden come down the tenth 7-4 in front. It will be Sweden v Canada in the Page 3-4 tomorrow.