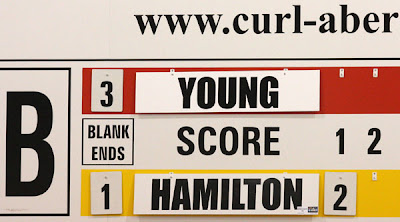 Here are some more photos from the Scottish Mixed at Curl Aberdeen today. Young Hamilton was on one sheet. That's Murray Young, Jo Fletcher, Ian Young and Lorraine Grieve against Colin Hamilton's side. 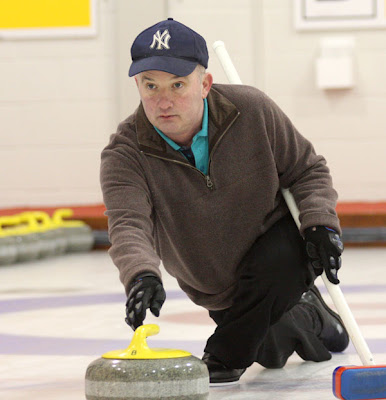 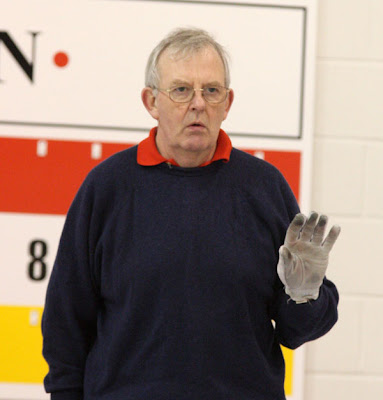 Michael Yuille gives a blessing to his team... 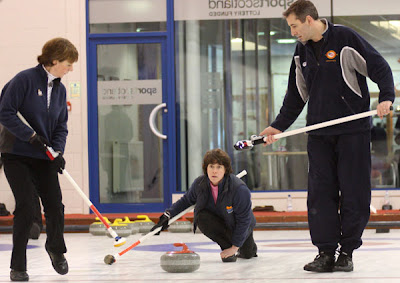 ... and here they are. Delphine How is delivering with Lyn Black and Donald Forbes ready to sweep. 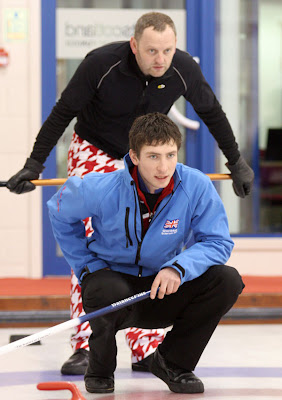 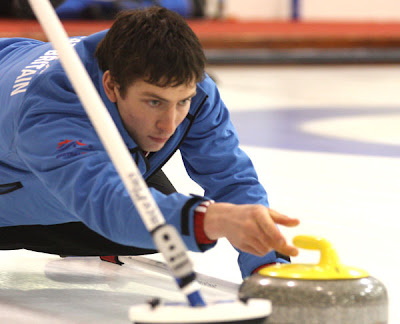 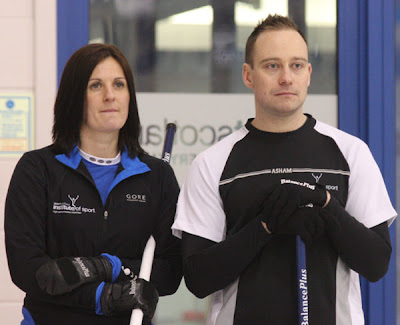 Playing with Glen is Lynn Cameron and Colin Campbell. "I bet I can keep a straight face longer than you!" 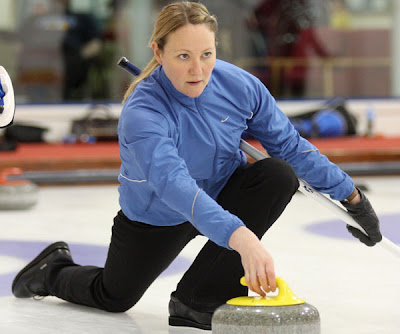 Michelle Silvera is the other member of Glen's team. 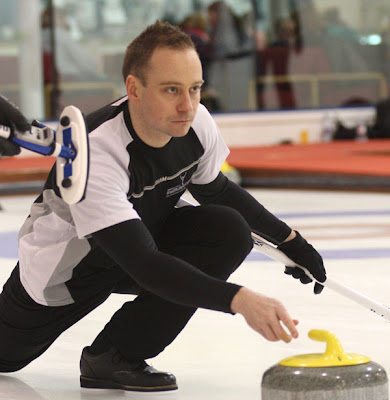 Here's another of Colin 'still pretending to be serious' Campbell. 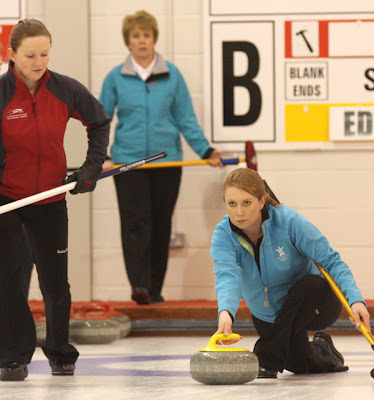 Here's a mother and daughter competing against each other. Louise Wood is delivering her stone, and in the background is her mum Barbara.

Barbara took a nasty fall this afternoon, and has asked that I thank all those who helped her. 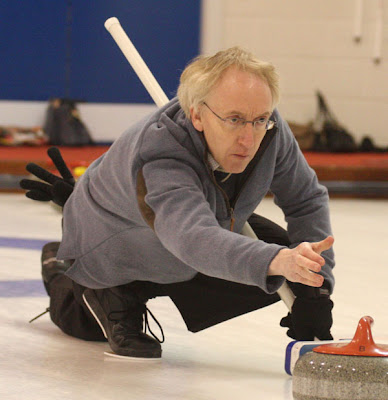 Barbara was playing for Mike Dick (above) with Michael Wood and Alison Dick. 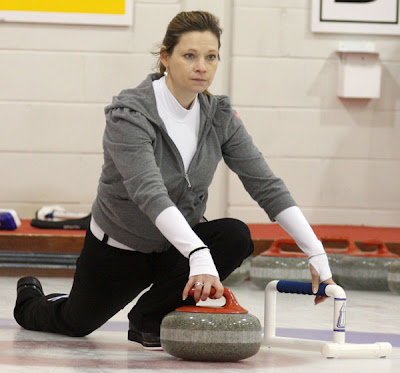 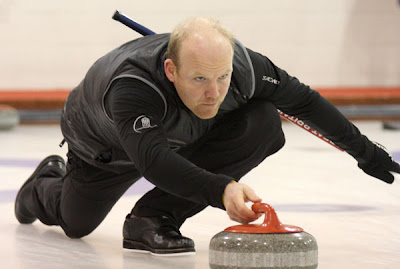 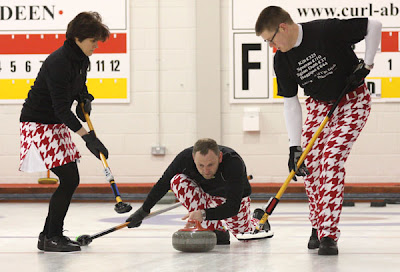 Here's another of Team Joss. And congratulations to those who guessed that it was Margaret Richardson was the other pair of legs! 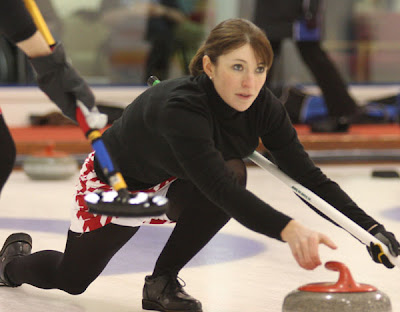 Phew! Thank goodness the sweeper's broom got in the way in this shot of Judith! 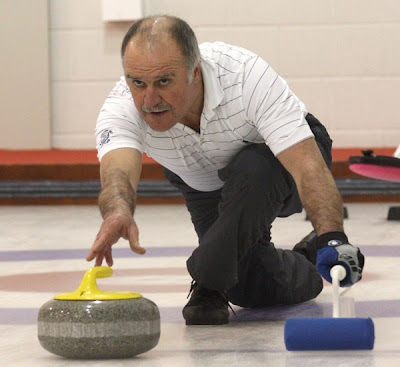 Greig Henderson has eschewed the pink trousers from his spell as Scottish Coach at the World Juniors at Perth, and he's back to normal attire playing for John Penny, with Claire Milne and Kate Henderson. 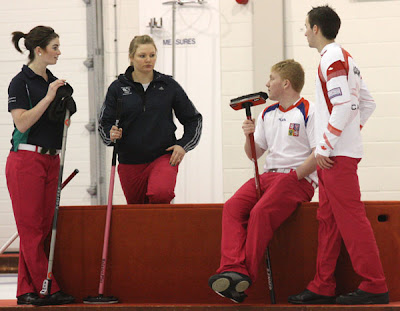 So where have the pink pants gone. Well it would seem the girls have stolen them! 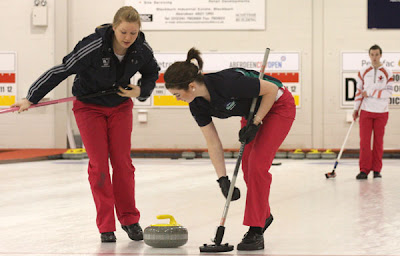 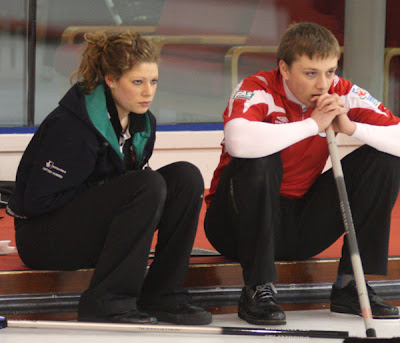 Becca Kesley and Blair Fraser. "You know Becca, your mum can still throw a mean takeout!" Becca and Blair were playing with Abi Brown and Lindsay Gray. 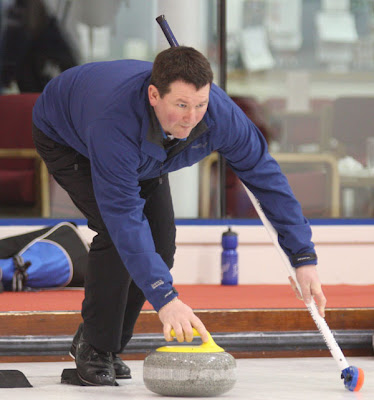 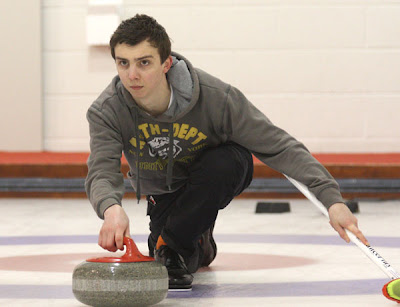 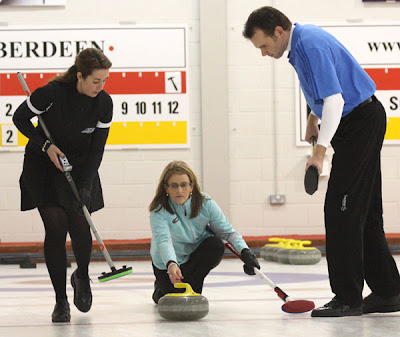 Good to see Nancy Murdoch on the ice again. She is playing for Alan Smith with Gillian Howard and David Mundell. 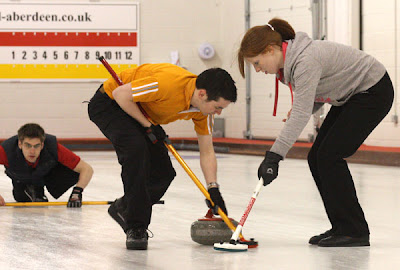 You can find all the results here, and also who has qualified for tomorrow's playoffs.