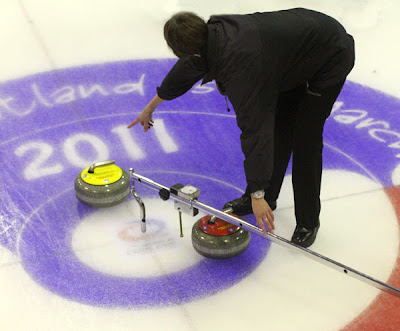 It came down to a measure! 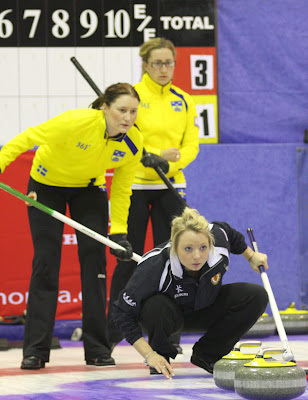 This was a great game tonight at the World Junior Curling Championships at Perth. Eve Muirhead, Anna Sloan, Vicki Adams and Rhiann Macleod were tied after nine against Sweden. Eve couldn't keep the front clear in the tenth but the Scottish skip still had a draw to the one foot, round the guards, to win.

She was close. It went to a measure. Sweden won it.

The linescores are here, and the standings here. 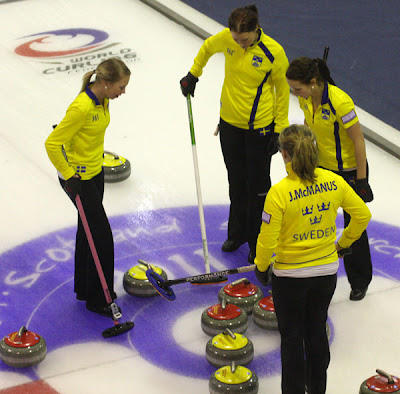 Sweden faces a problem in the eighth end. Jonna McManus did not improve her situation and Eve had a hard one for the four count, but only got the three.

The Scottish loss means that only one team is unbeaten in the Junior Women's competition. It would seem a good time then to focus in on Russia. 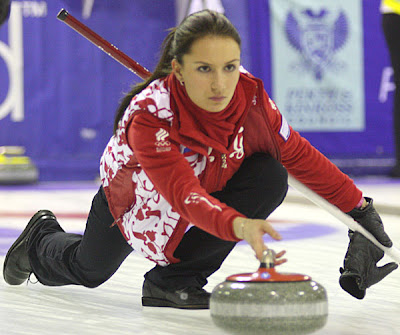 This is skip Anna Sidorova 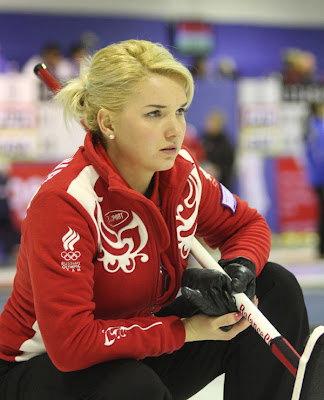 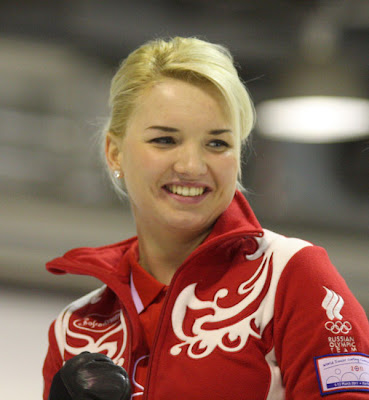 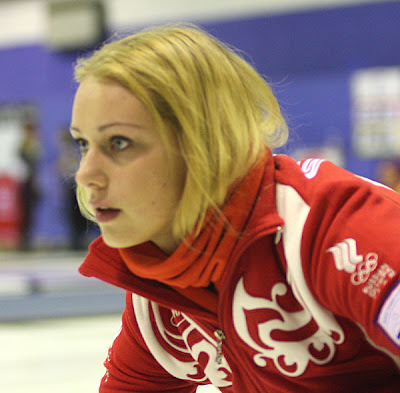 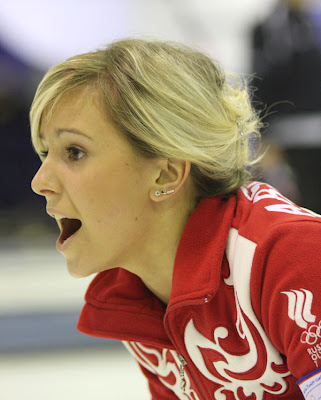 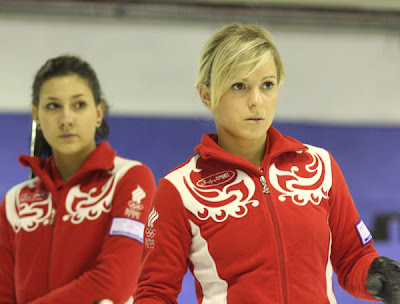 Here's another pic of Galina. But who's that out of focus on the ice behind? It is Olga Zyablikova, who was nowhere to be seen yesterday, and I assumed she was ill. So I got ready to take her pic for the first time tonight. 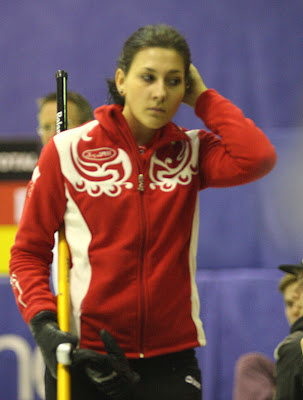 ..... only to see her being substituted at the beginning of the fifth end.

Apologies for the shaky camerawork. Note to self - must try harder.