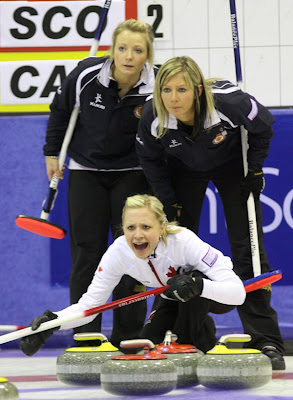 Scotland's Eve Muirhead, Anna Sloan, Vicki Adams and Rhiann Macleod were the home favourites in the final of the World Junior Curling Championships at Perth this afternoon. They faced Team Canada, skipped by Trish Paulsen with Kari Kennedy (3rd), Kari Paulsen (2nd) and Natalie Yanko (lead). The Scots had come though the Page 1-2 against Russia, and the Canadians had defeated Sweden in the Page 3-4 and then Russia in the semifinal.

The Scots were dominant, and were strong throughout the team. A steal of three in the fourth end sealed Canada's fate, skip Trish Paulsen having an real off day, missing crucial chances. It lasted eight ends before the handshakes were offered at Scotland 10 Canada 3. 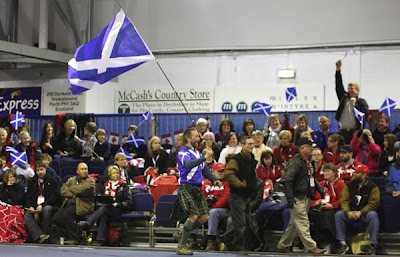 A sellout arena of, mostly Scottish fans made for quite an atmosphere! 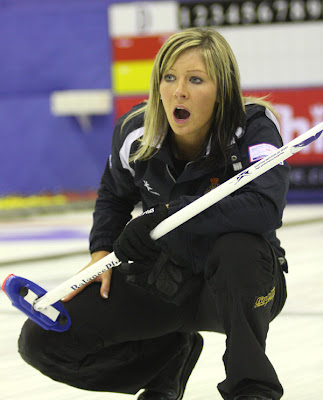 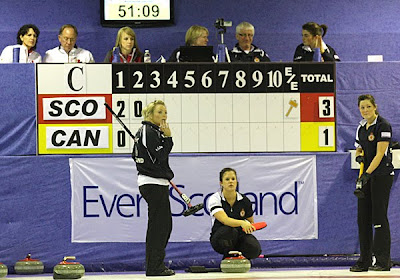 The early ends were tense. Scotland got the two when the Canadian skip wrecked on a guard. 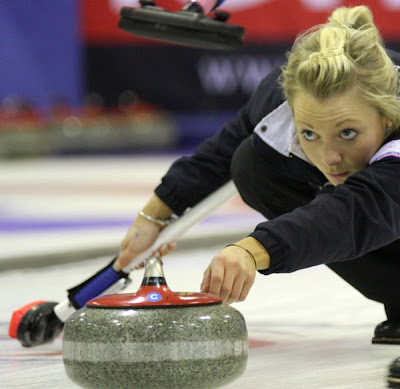 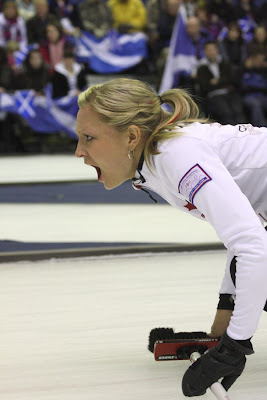 Trish did a lot of shouting! 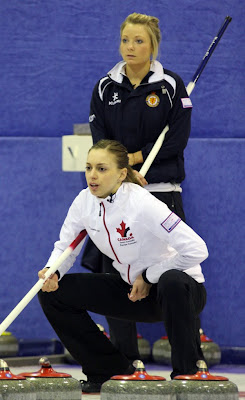 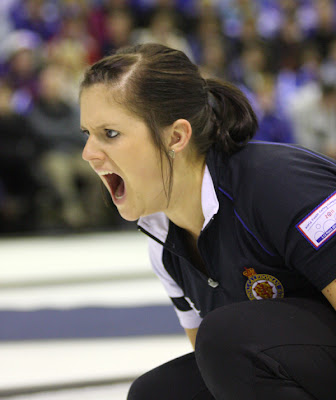 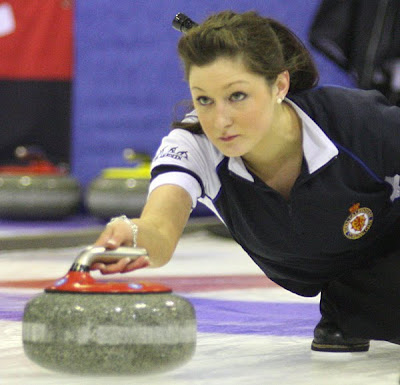 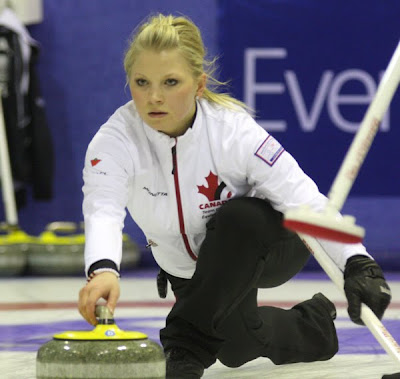 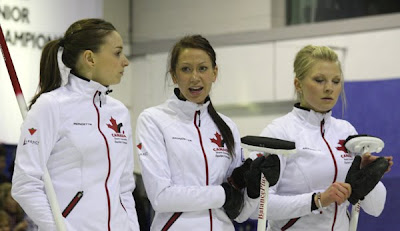 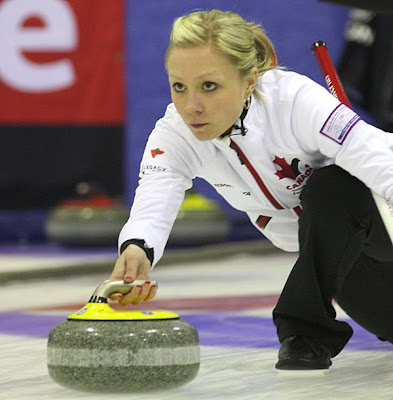 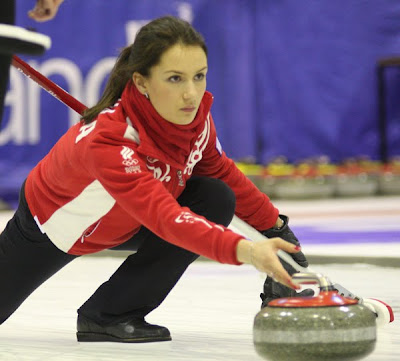 Photos are © Skip Cottage
Posted by Bob Cowan at 15:00