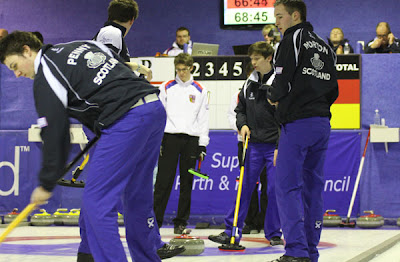 This may not be the best photo I've ever taken but it is a significant one in the context of what has happened this week at the World Junior Curling Championships. Count the Scots on view at the Dewar's Centre this morning! There are four on the ice, and the alternate and two coaches are on the bench!

Let's hope that a return to full fitness is imminent for the squad and they can begin to enjoy the occasion and their experience of representing their country. 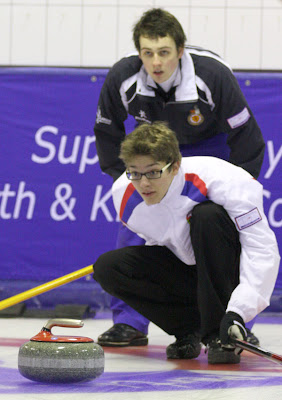 The men's seventh round robin game was against the Czech Republic, skipped by Lukas Klima (above). John Penny skipped the Scots, Jay McWilliam was at third, and Colin Howden and Billy Morton were the front end.

It was a topsy-turvy 'friendly' game, the sides swapping threes along the way. A missed draw by the Czech skip in the eighth saw Scotland steal a single and go down the ninth three ahead. Two up coming home, the Scots kept things clean for their win. That means the Scots have five wins and two losses.

All the scores are here. All the standings are here. 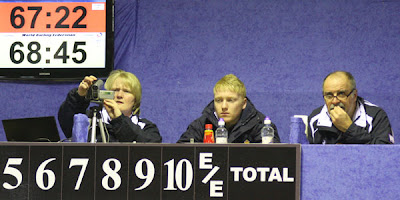 Colin Dick was on the bench with Greig Henderson the team coach, and Rhona Martin, the head coach.

Spotlight this morning is on the Swedish and Chinese sides. Sweden first of all: 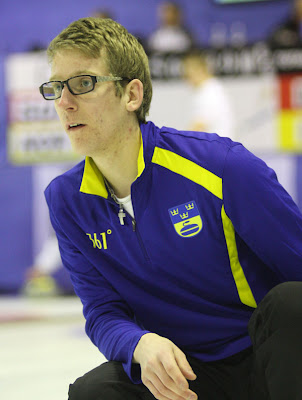 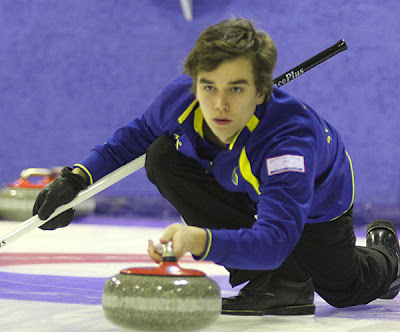 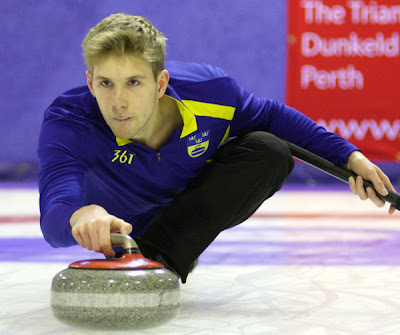 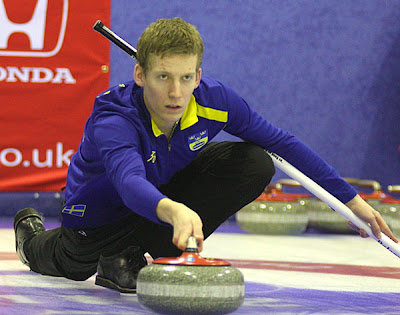 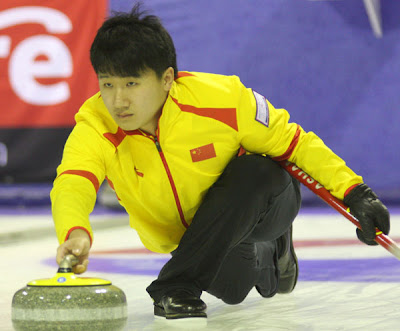 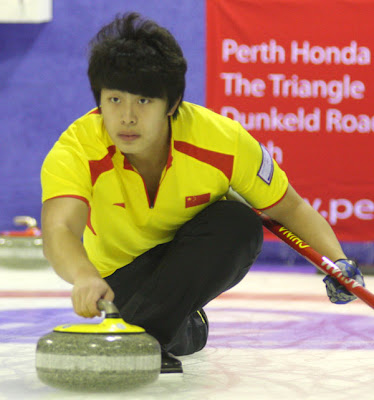 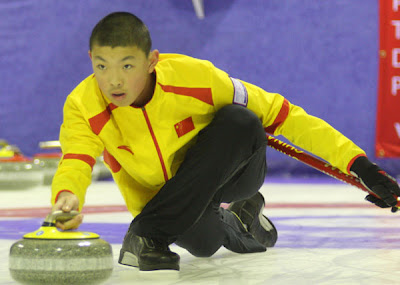 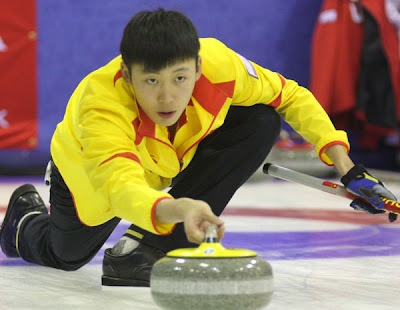