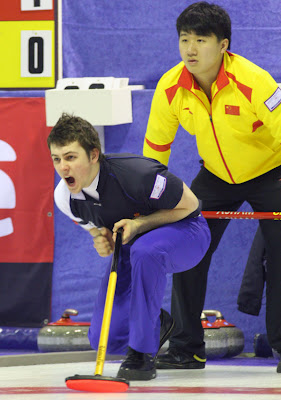 John Penny, Jay McWilliam, Colin Howden and Billy Morton took to the ice this afternoon against China, their only game today at the World Junior Curling Championships at the Dewar's Centre in Perth. 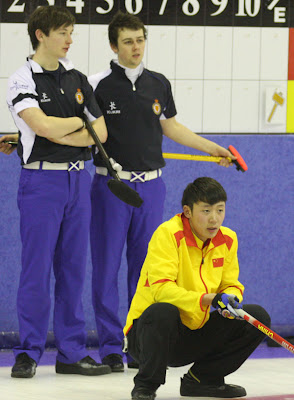 Jay McWilliam was in the team in place of third Colin Dick, not yet recovered after the illness which caused him to leave the ice yesterday. All wish him a speedy recovery and return to the competition.

The game was tied 4-4 after eight ends. The ninth was blanked, and the teams came down the last end on the same score, the Chinese holding last stone advantage.

The Scots guarded well and when Jihui Huang came to play his last he faced three Scottish counters, one in shot position at the back of the one foot and a guard top eight. He took wide ice, off the circles, played back ring weight, scraped past the front Scottish stone and pushed back the shot stone for his win!

Scotland has two wins and one loss from their three games. All the linescores are here.

Sunday afternoon's focus in on the Czech Republic team: 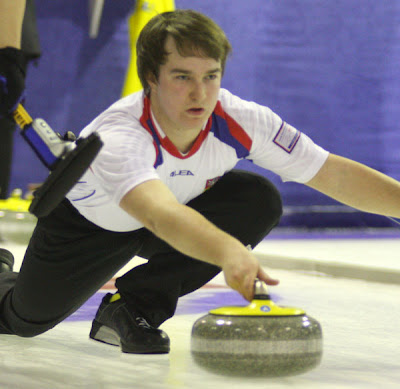 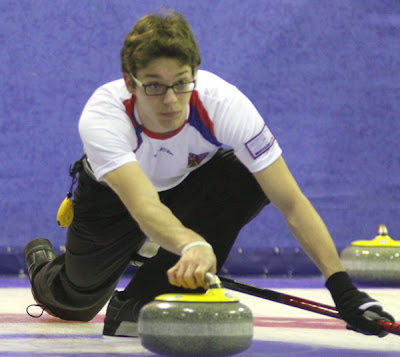 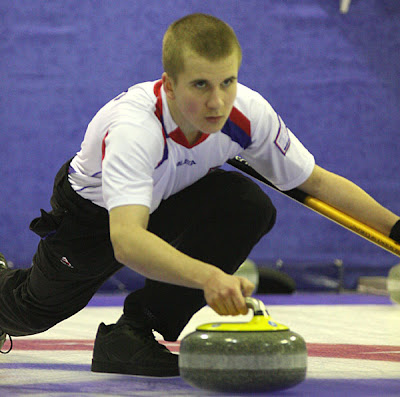 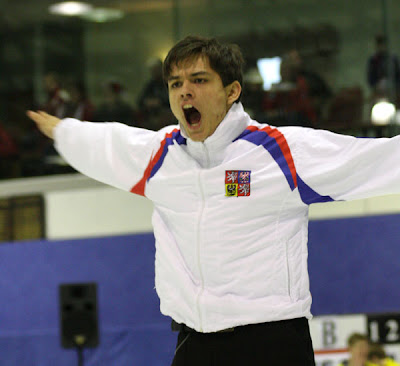