WJCC: Off the Ice Thursday 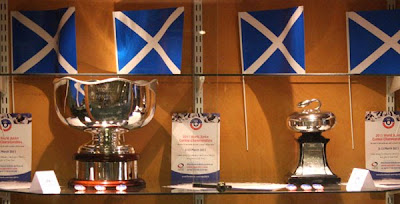 These are the WCF trophies which are being played for this week. The Junior Women's is on the left, the Junior Men's on the right. 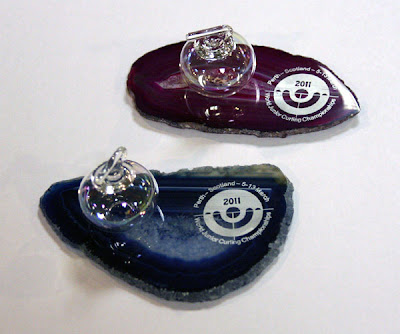 And these are the gifts which each player has received this week. These were commissioned from Black Noir Decorative Glass especially for the World Junior Championships, and were handmade in Scotland by glass artist Greig Black. 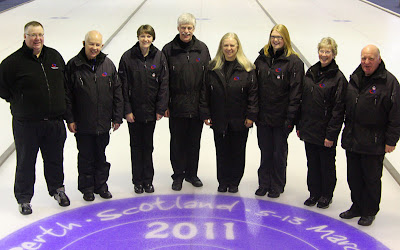 Here is the umpiring team at the World Junior Curling Championships at Perth. Great job they have done too. 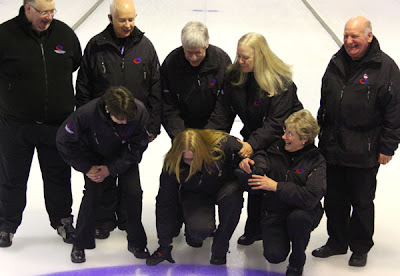 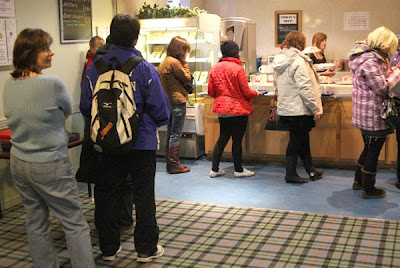 With the game at 08.00 this morning, the opening of the coffee shop was eagerly awaited! 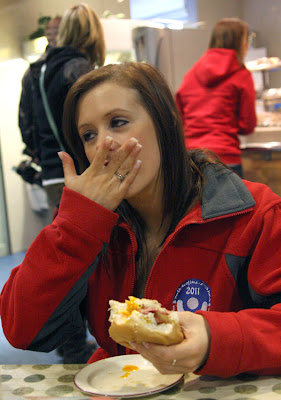 Royal Club Communications and Web Content Officer Kay Adams demonstrates to me the correct way to eat a runny egg and bacon roll! 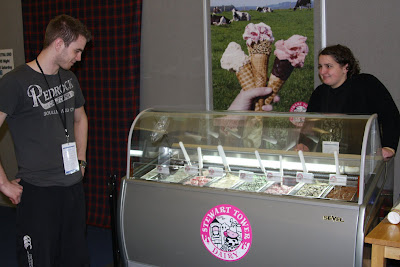 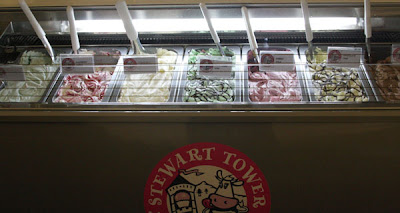 Stewart Tower Dairy is just too appealing. (PS: I can recommend the mint chocolate chip.) 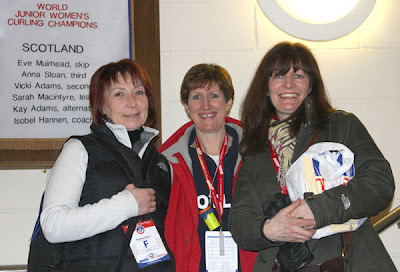 Here are three proud mothers from the Scottish team - Mum Sloan, Mum Adams and Mum Muirhead - and these three went through it all two years ago! That's the winners' banner on the wall behind. 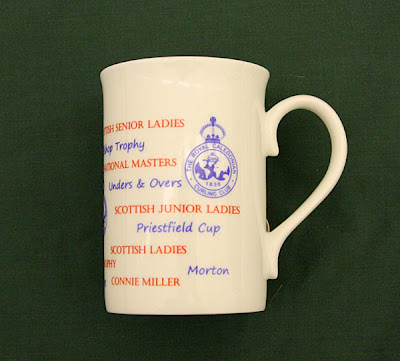 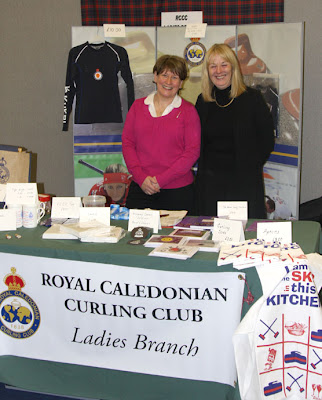 ... on sale at the Royal Club's Ladies Branch stand in the Extra End. That's Margaret Cairns and Jean Yeoman on duty above. 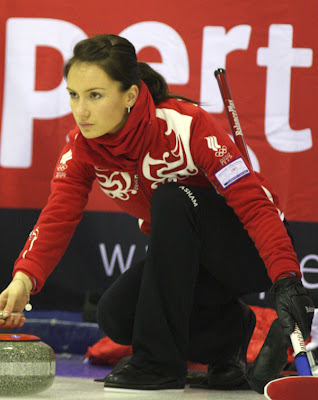 Which of these definitions best refers to Anna Sidorova? 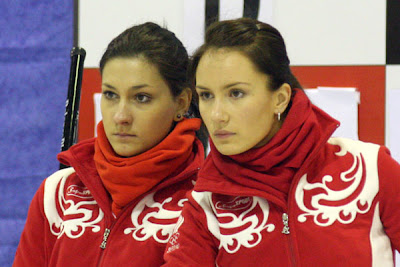 Now, talking of Anna, here's a story and a solution to a conundrum. After the Glynhill International at Braehead in January, blogally Daniel left a comment pointing out that I had captioned a photo of Olga Zyablikova incorrectly. He thought I had confused her with Anna Sidorova.

In the west of Scotland we take a fair bit of interest in Russian Studies. Indeed the University of Troon offers a Masters Degree in the subject and this course gets a good intake each year. The lecturers (check the spelling), also known as the Lucy Fan Club after patron Liudmila Privivkova, are a fund of knowledge in their speciality of 'Russian women curlers from 2001 - present day'.

Today during the Scotland-Russia game, I was able to obtain photographic evidence for the class files. In the photo above, on the left is Olga Zyablikova, and on the right is Anna Sidorova. As you can see they are not in the least alike! (Thanks to all the Russian squad for helping in this research) 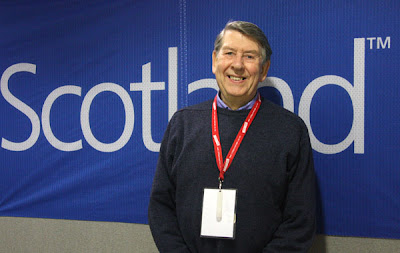 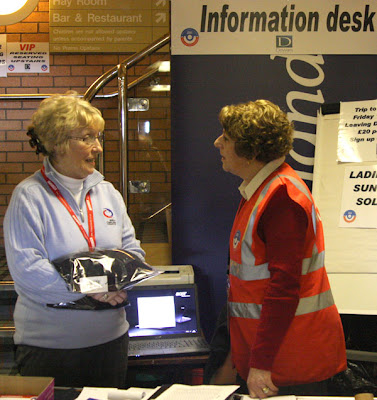 And here's WCF President Kate Caithness with volunteer Marion Murdoch. You can supply your own caption! 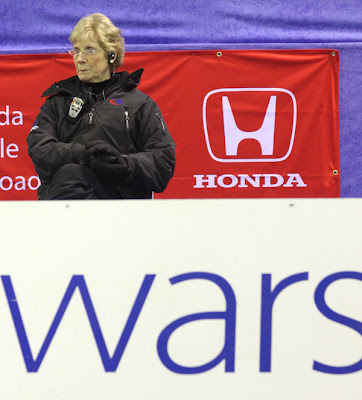 Every time I saw umpire Dor Borthwick sitting here this afternoon, I wondered when peace talks were going to be convened! 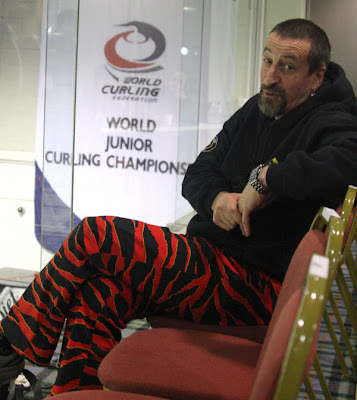 Graeme Maguire was a Loudmouth fan even before they appeared at the Olympics. I wonder how I would look in a pair like these? 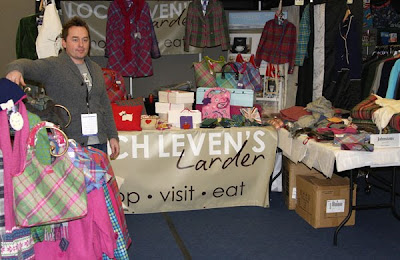 Loch Leven's Larder has a stand in the Extra End. Manned by Darren today. 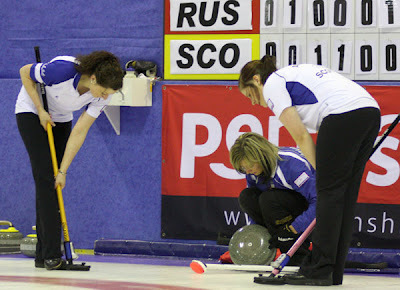