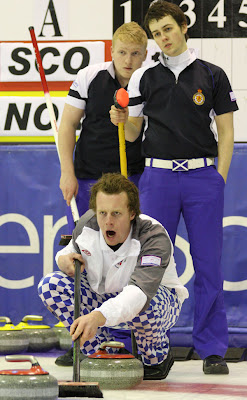 This game swung on one end, the sixth. With his last stone, John Penny went for a two count, got it wrong and gave up two against the head. That put the Scots down 5-2. They fought back and, one down in the tenth, made the Norwegian skip play a perfect hit for his win.

All the scores are here. Scotland has five wins and three losses, and play top of the table Sweden (7-1, w-l) in their final game tomorrow. Switzerland is in second place on 6-2. Canada and Norway have the same 5-3 record as the Scots. 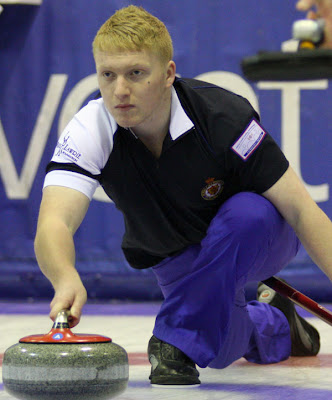 Colin Dick was back as third this evening. Billy Morton and Colin Howden have been the stalwart front end.