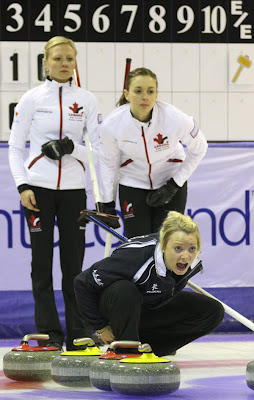 This was the last game of the round robin. Scotland's Eve Muirhead, Anna Sloan, Vicki Adams and Rhiann Macleod were sitting on top of the rankings with seven wins and one loss. Their Canadian opposition were sitting on four wins alongside Switzerland and the USA. Russia (with six wins) and Sweden (with five) were second and third on the leaderboard.

The Canadians then were fighting for their lives. After seven it was 4-4, but only because Canadian skip Trish Paulsen made a triple takeout in that end to get out of trouble!

The Canadians took a single in the eighth. Eve blanked the ninth and set out to score the two she needed for the win. They looked good, until Paulsen played a nice hit and roll behind cover. Eve had to thread the smallest of ports and she was so nearly through. But nearly was not good enough, and the Scots had posted another loss.

Significantly though, Canada is still in the mix.

Sweden lost to Norway, and USA and Switzerland both won. So four teams sit on five wins and four losses, behind Russian and Scotland who will contest the Page 1-2 on Saturday at 11.00.

There will be two tiebreakers. USA v Canada and Switzerland v Sweden tomorrow (Friday) at 14.00. The winners will contest the Page 3-4.

The linescores are all here. The standings are here.

Here's a little tribute to the Canadian junior women's team which I did yesterday. And this selection completes the photos of all the teams from the past few days: 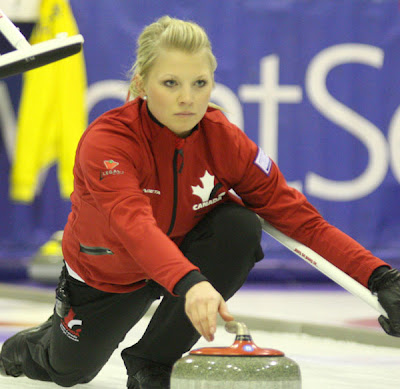 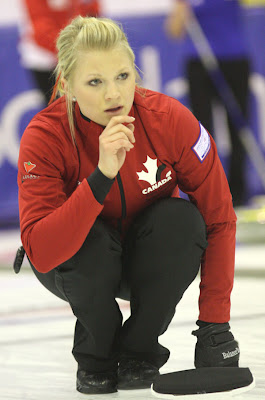 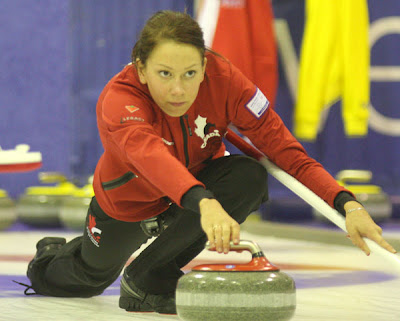 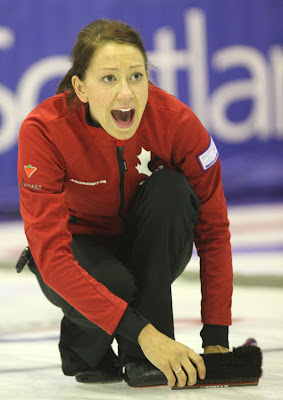 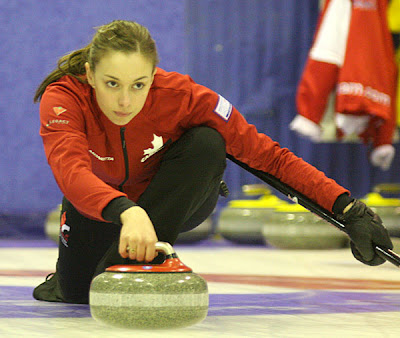 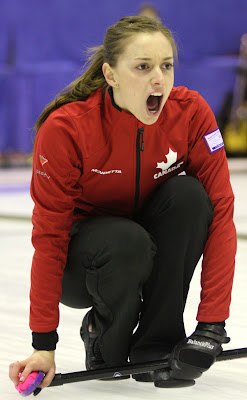 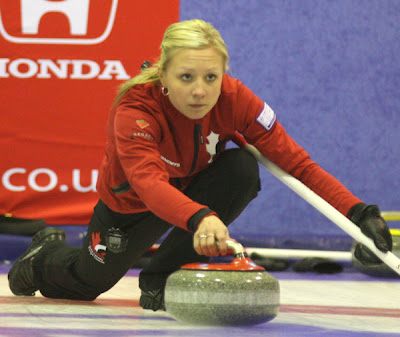 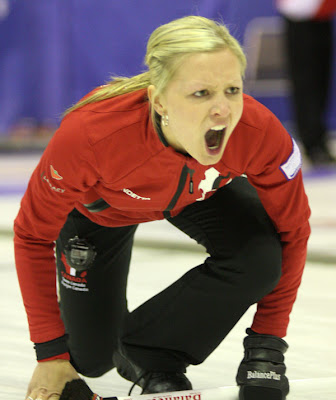