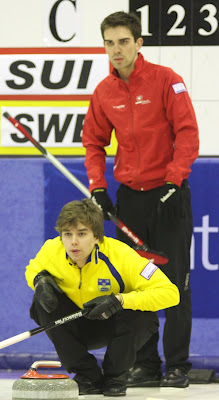 Sweden, skipped by Oskar Eriksson, and Switzerland, skipped by Peter de Cruz (both pictured above), were the teams in the final at the World Junior Curling Championship at the Dewar's Centre in Perth today. Both play the third stones for their teams. Kristian Lindstrom plays last stones for Sweden. The front end should have been Alexander Lindstrom and Henrik Leek. But Leek was unwell, and Christoffer Sundgren, the alternate, played the final, as lead.

Benoit Schwarz is Switzerland's fourth, and Valentin Tanner and Roger Gulka are the front end.
The Swiss had won the title last year and in today's final faced the team which had beaten them in the Page 1-2.

There was little to separate the teams. Sweden stole a single to go 6-4 ahead in the eighth when Benoit was short with his draw.

The teams came down the tenth with Sweden one in front and holding last stone advantage. Great clearances by the Swedes meant that Kristian Lindstrom had an open hit for the title on a Swiss stone right out on the wing. He composed himself and was right on target to make Sweden World Junior Curling Champions 2011! 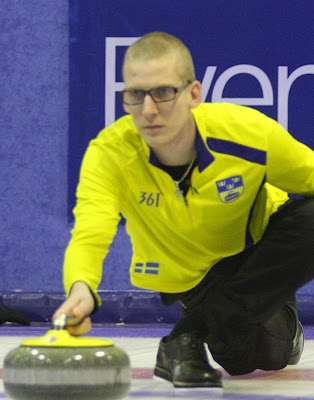 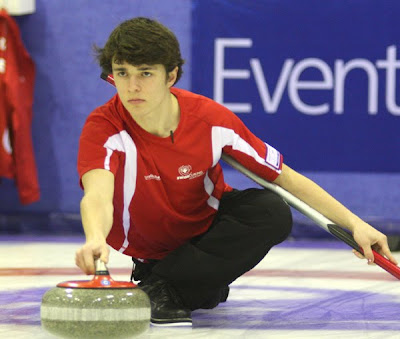 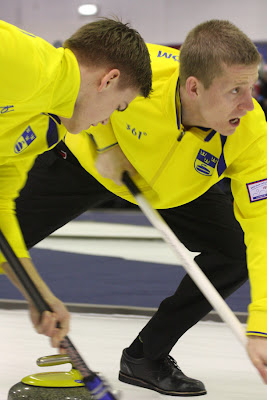 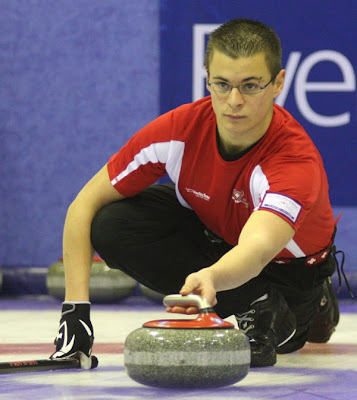 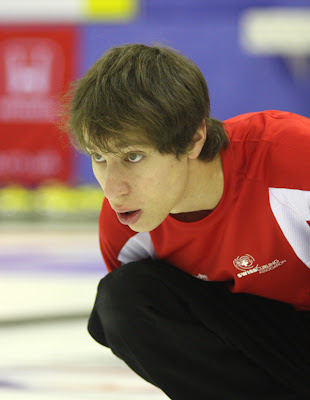 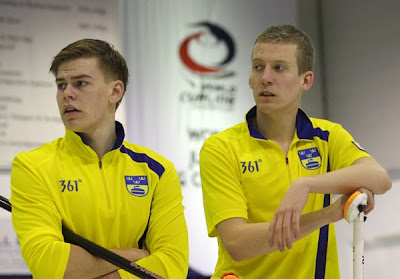 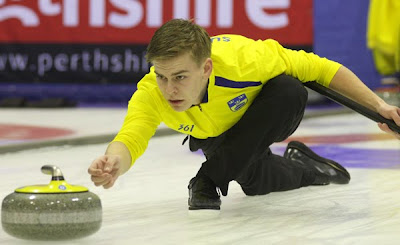 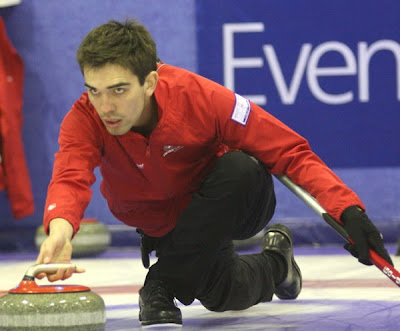 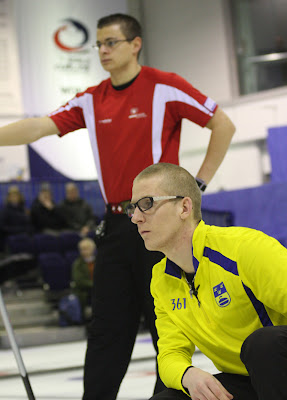 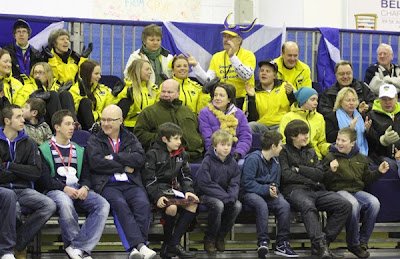 There was another game on the ice: 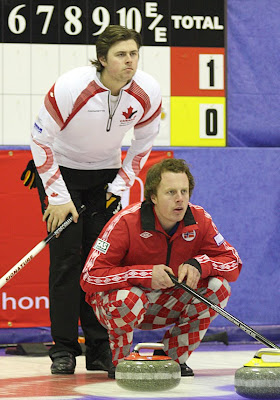 The bronze medal game saw Team Norway steal three ends in a row to go 4-0 up over Braeden Moskowy's Canadians. By End 5 the Norwegians were 7-1 ahead. 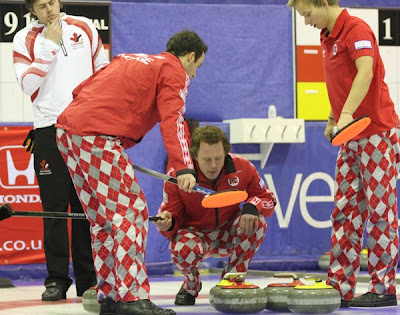 The Norwegians place another perfectly in the house. It was all over in eight ends, Norway 10-2 in front.

Photos are © Skip Cottage
Posted by Bob Cowan at 08:08