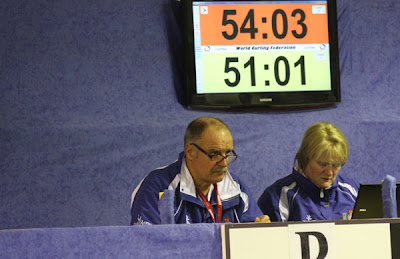 Greig Henderson (Scotland Team Coach) and Head Coach Rhona Martin sit on the coaches' bench at the World Junior Curling Championship at Perth this morning. The space for the alternate beside them is empty. 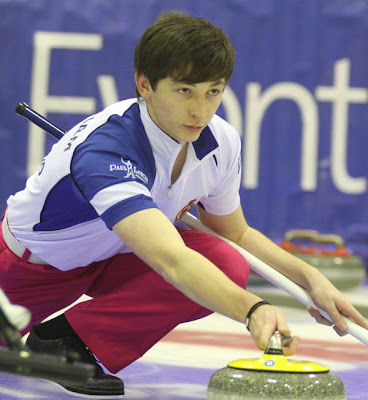 That's because Jay McWilliam is on the ice playing last stones for the Scottish team. Skip John Penny is ill. 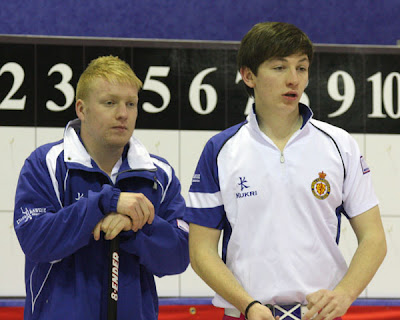 Colin Dick, on the left, skipped the game, back on the ice himself after missing yesterday through illness. Front end Colin Howden and Billy Morton are still fit so far. Gastroenteritis would seem to be the problem - John and Colin had been sharing a room. Hopefully it will not spread to the others.

Rhona Martin confirmed that it had been planned to rest Colin again in this morning's game, but then skip John Penny was ill overnight. After practising this morning, Colin was keen to play.

Anyway, the Scots worked away this morning in a topsy-turvy game. All credit to them. The linescore is here. They went down the ninth one ahead with last stone. They blanked the end and kept the front clear in the tenth. When the Danish skip was short with his freeze attempt on last stone, the game was won with no need for Jay to play his last. 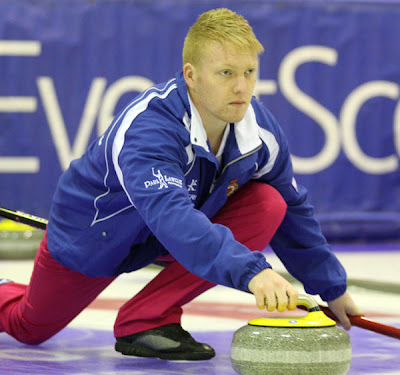 Good to see Colin back again. 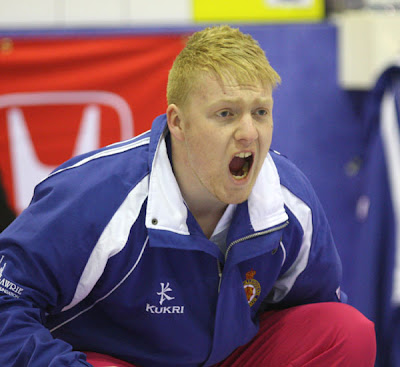 Right, here are a couple of teams in the spotlight today. First Team Denmark: 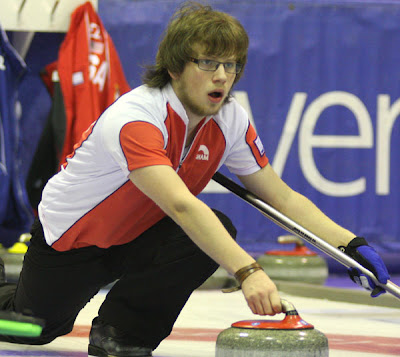 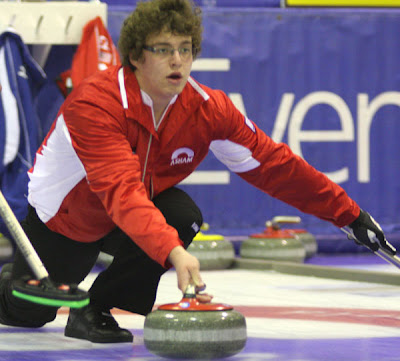 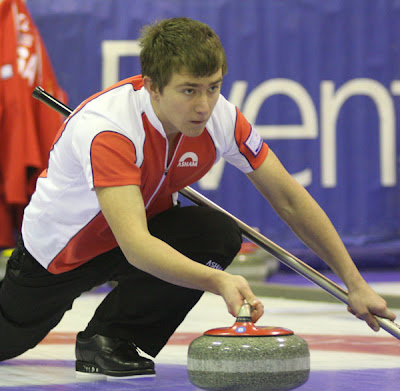 Now, Team Canada - after losses in thir first three games, they finally won a game this morning, against the USA. 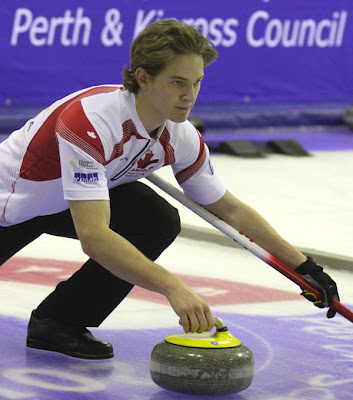 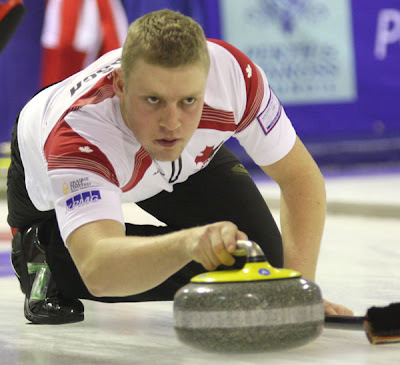 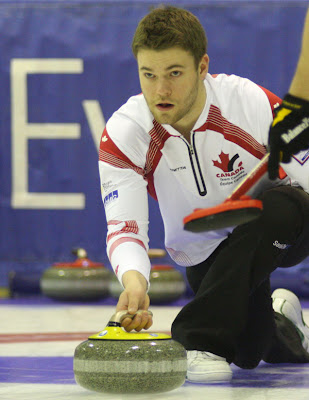 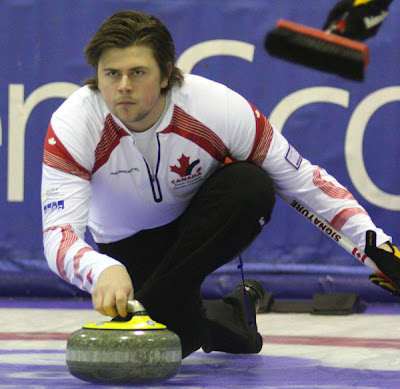