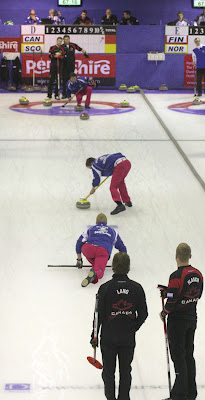 Then there were three! Jay McWilliam is the latest to succumb to the illness in the Scottish camp, and the team were forced to take to the ice with just three men for their game against Braeden Moskowy's Canadians at the World Junior Curling Championship tonight. 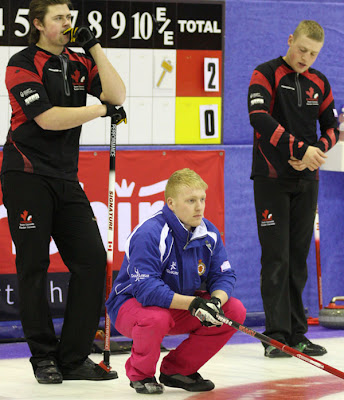 Colin Dick was the skip and played the last two stones. 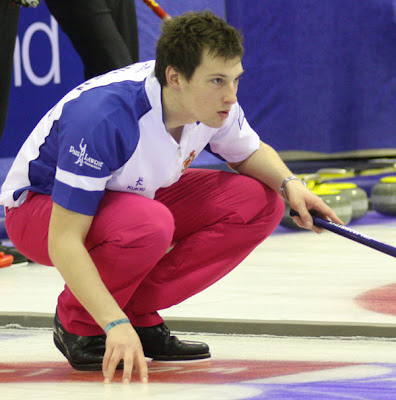 Billy Morton played the first three stones and Colin Howden (above) threw the next three, as well as holding the brush for the skip!

The Scots fell 0-5 behind early in the game but got three back in the fourth. But it was a big ask to match the Canadians and the game only lasted eight ends.

You can find all the linescores here, and standings here.
Photos © Skip Cottage
Posted by Bob Cowan at 20:05