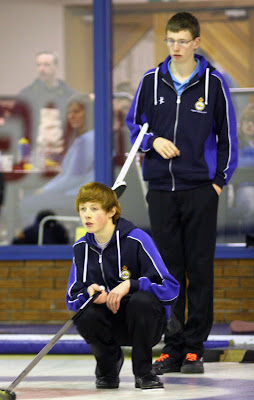 With both skips wearing their Regional Academy tops, Duncan Menzies of Arbroath High School, is in front. Stuart Marshall of Garnock Academy 1 is behind. 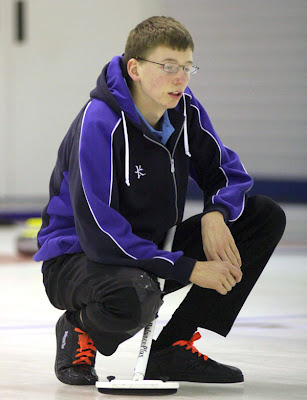 This was a close game. Here Stuart looks despondent! His team came second on the day. 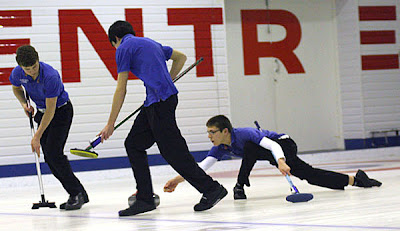 Here is the Arbroath team in action. Robert Fawns is delivering with Angus Dowell and Thomas Halder ready to sweep. 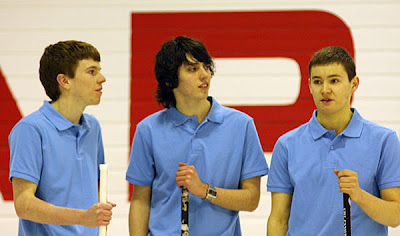 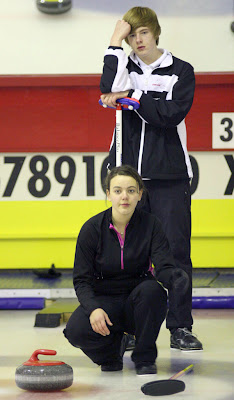 This is the other semifinal. Lesley Young of Forfar Academy is against Calum Greenwood of Millburn Academy. This went to the last stone, the teams tied in the last end. Lesley's first stone, had it been swept just a little earlier, would have been pressure. She left her opposition shot, and Calum guarded. The Forfar skip needed to thread a port for her win, but failed to do so. Millburn will be in the final. 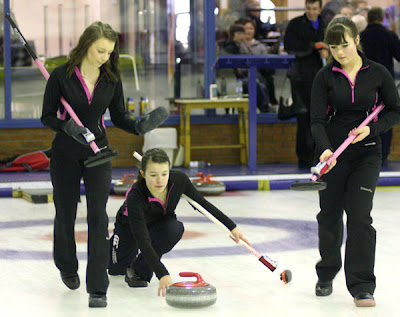 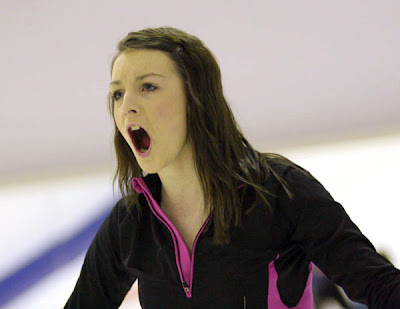 "The Scream" by Louise Joiner. 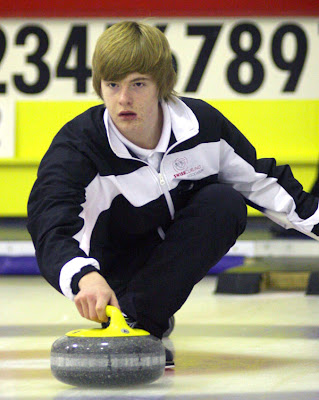