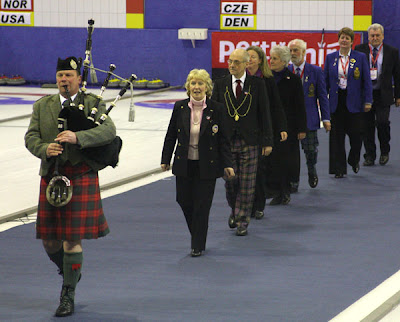 The Opening Ceremony was held between the second and third draws today. Here the dignitaries are piped on to the ice by Pipe Major Craig Stewart of Dollar Academy Pipe Band. 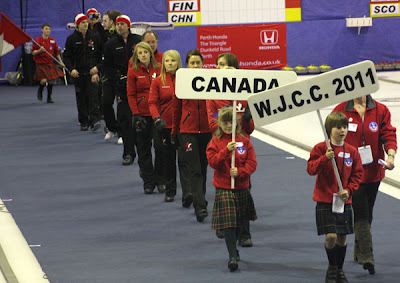 The young volunteers did a great job tonight! 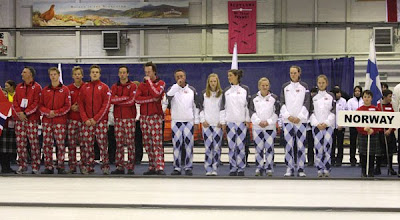 The teams lined up in a colourful spectacle. 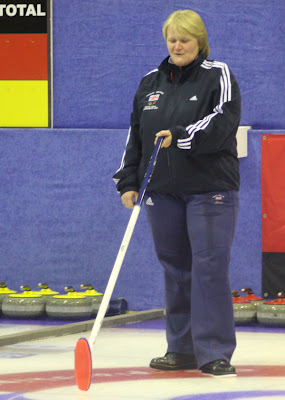 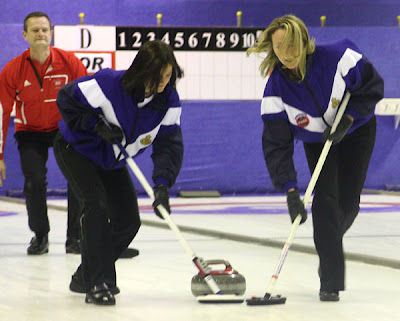 ... which was played by Pete Smith whose record in a Scottish jersey is unsurpassed! 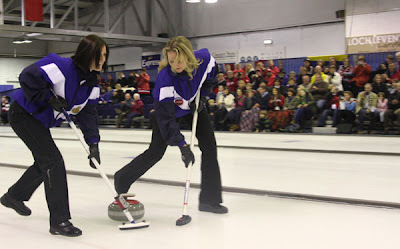 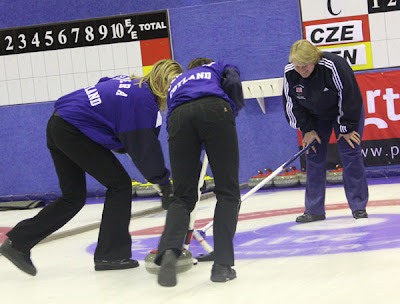 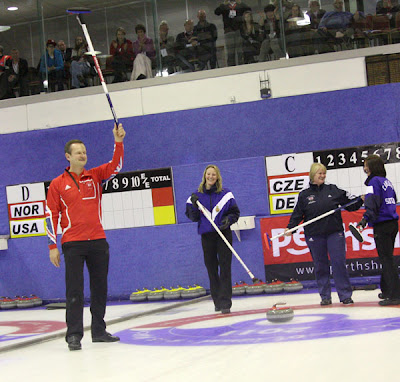 Well done me! Pete puts it on the button. 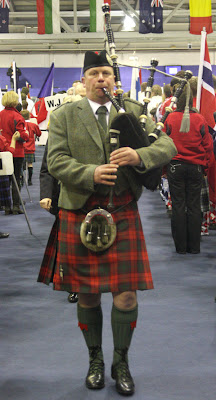 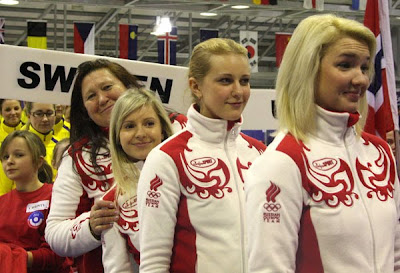 At least one Russian notes the man with the camera. Hello Olga! 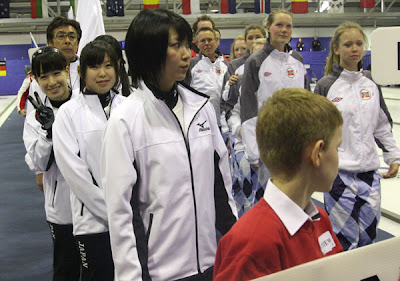 I'm reliably informed that the two fingered sign I'm being given by one of the Japanese team does not mean the same as it does in Wamphray!

So that's the competition underway..... officially.